What is the Giant Swing?

Made of teak wood, brought down from the Phrae province

What is the Giant Swing?

The Giant Swing (locally called Sao Chingcha) is located in front of Wat Suthat. It was constructed in 1784 in front of the Devasthan shrine by King Rama I. 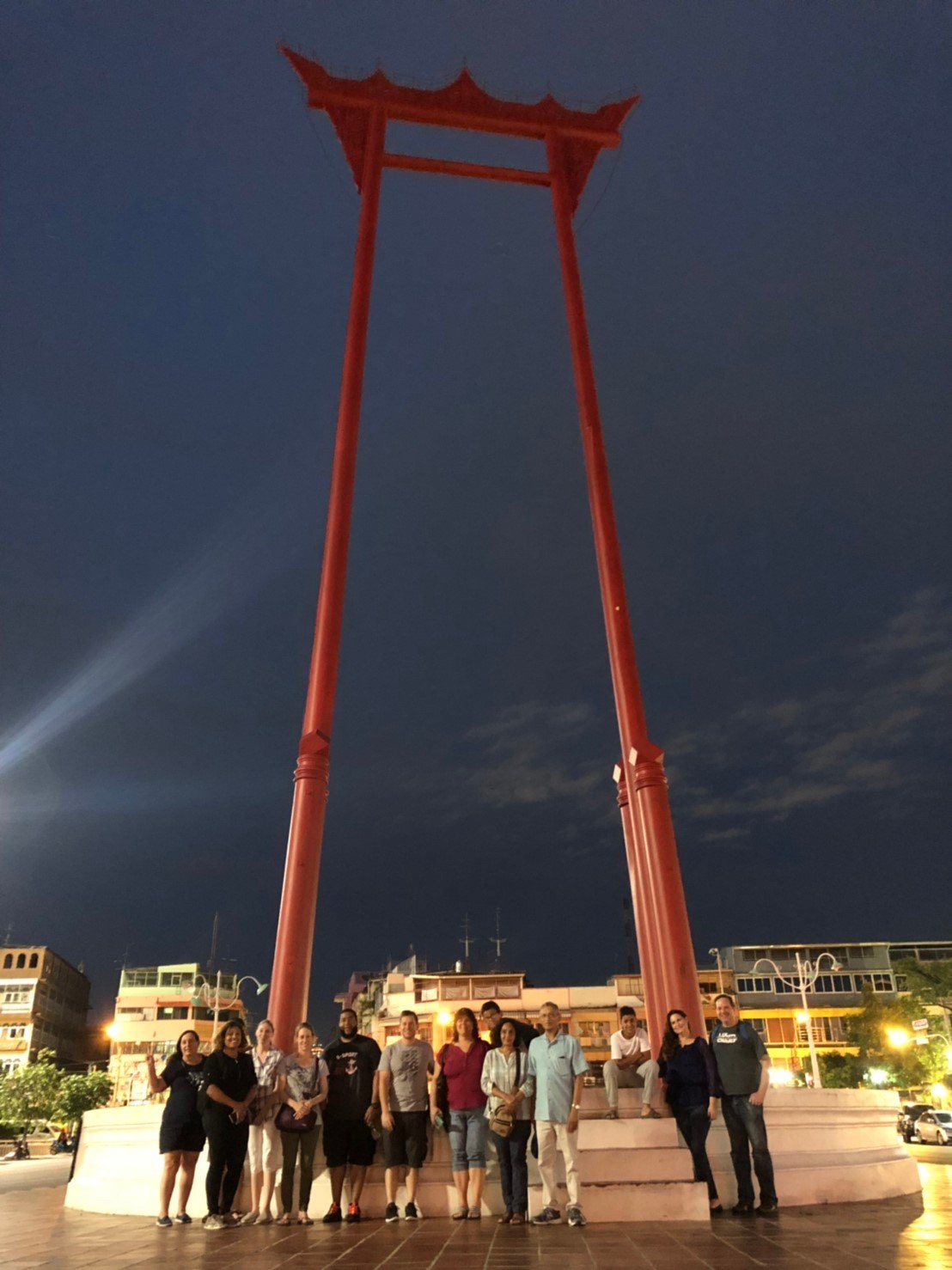 It’s made of teak wood, brought down from the Phrae province in northern Thailand. 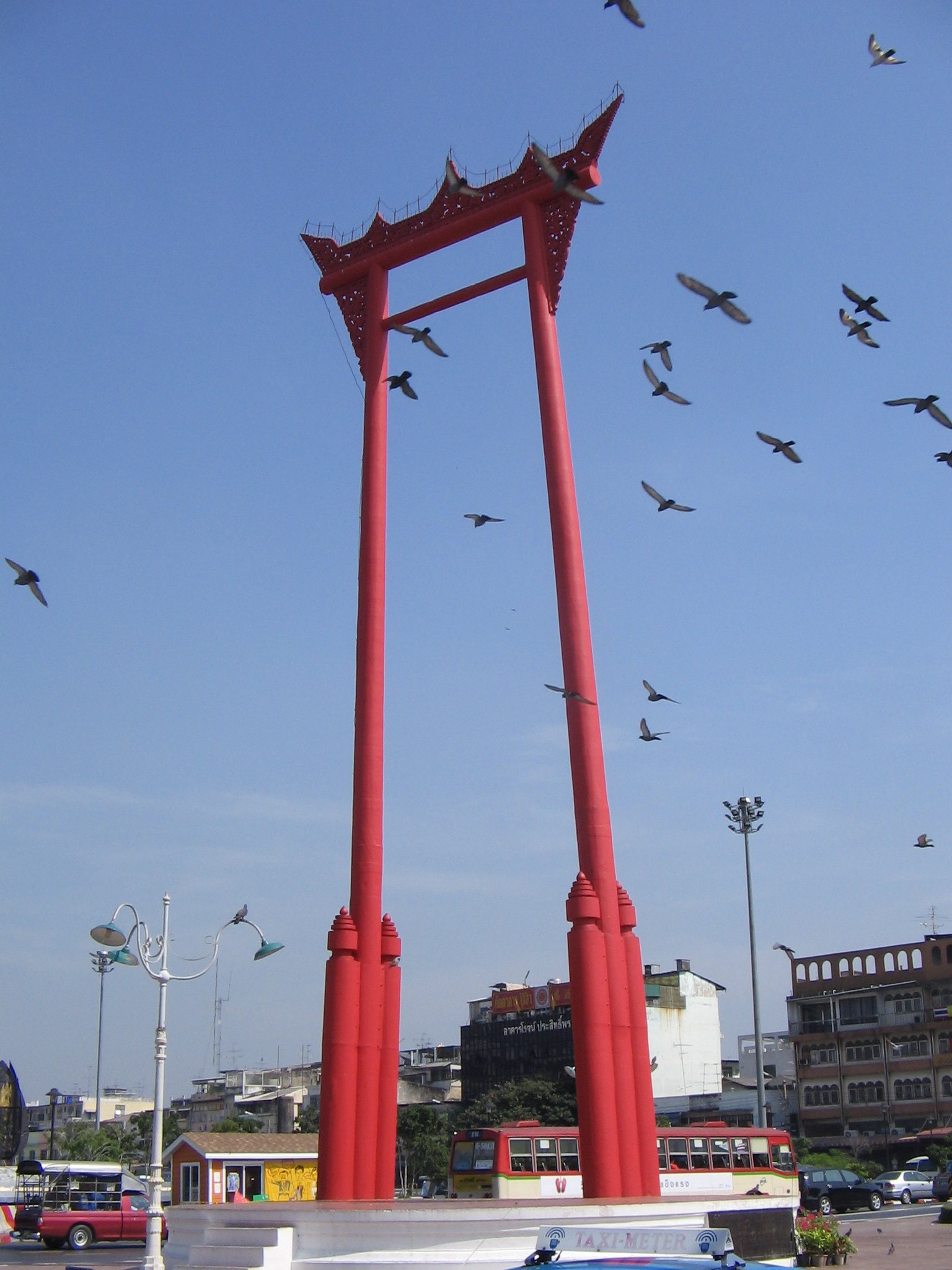 Standing at over 21 meters (69ft) tall, the Giant Swing is a Brahman religious structure, and was originally used as part of a ceremony during the Brahman Festival. 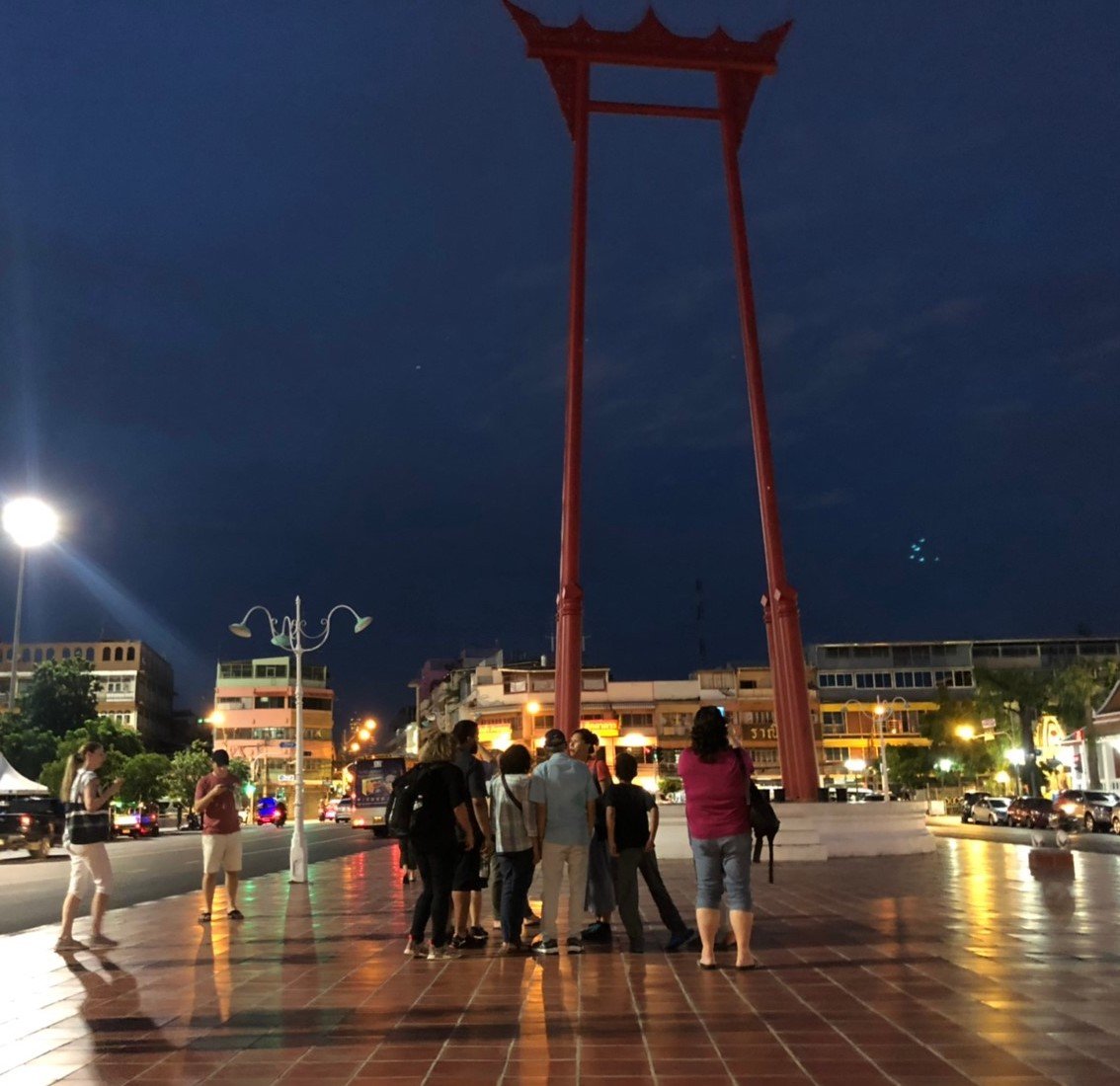 Groups of daring men would swing themselves as high as they could in hopes of reaching a bag of gold coins that would be hung as hight as 50 feet. If successful in reaching the bag, they could keep the treasure, though many were not. 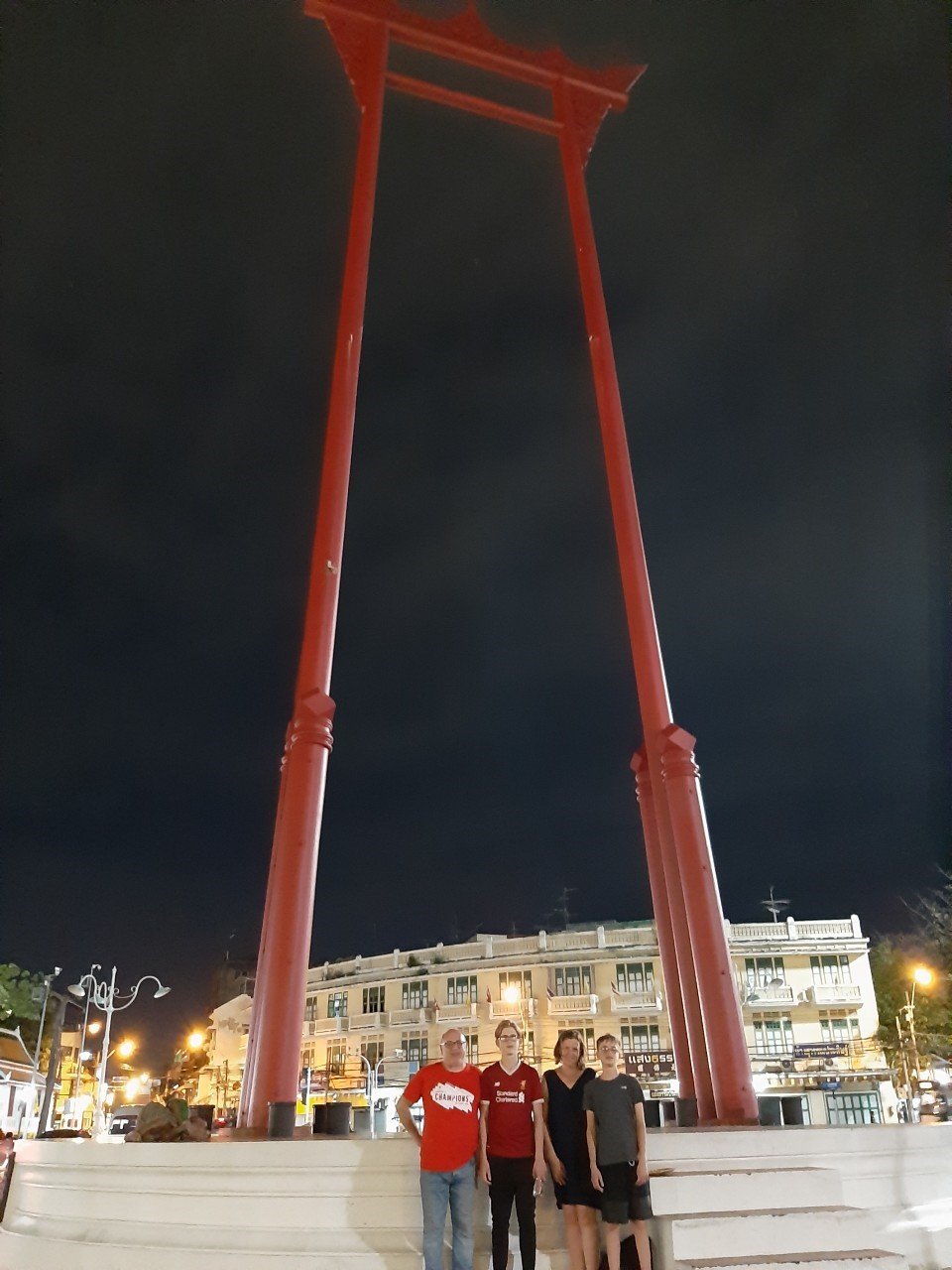 The festival used to take place in December, after the main rice harvest, but the rite was discontinued in 1935 under the reign of King Rama VII, after several accidents deemed it too dangerous. 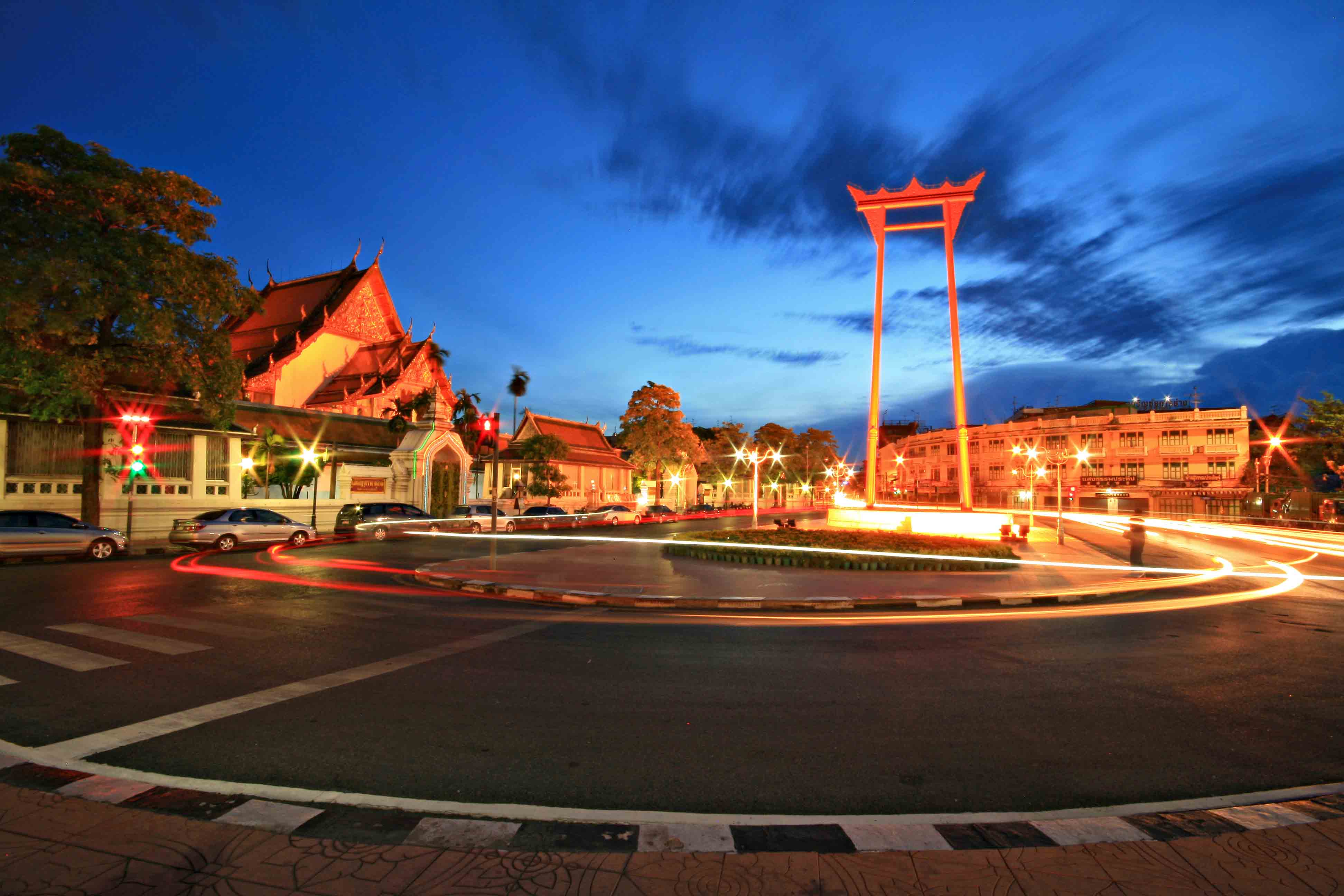 Today, you can still enjoy the beauty and uniqueness of the Giant Swing while zipping around the city in our *new and improved* Tuk Tuk Urban Odyssey!  We’ve added a few more special touches and views to our previous tour route to include this fantastic viewpoint!