For me, Bangkok in one word is: Fun

My Favorite Place in Bangkok is: Benjasiri Park 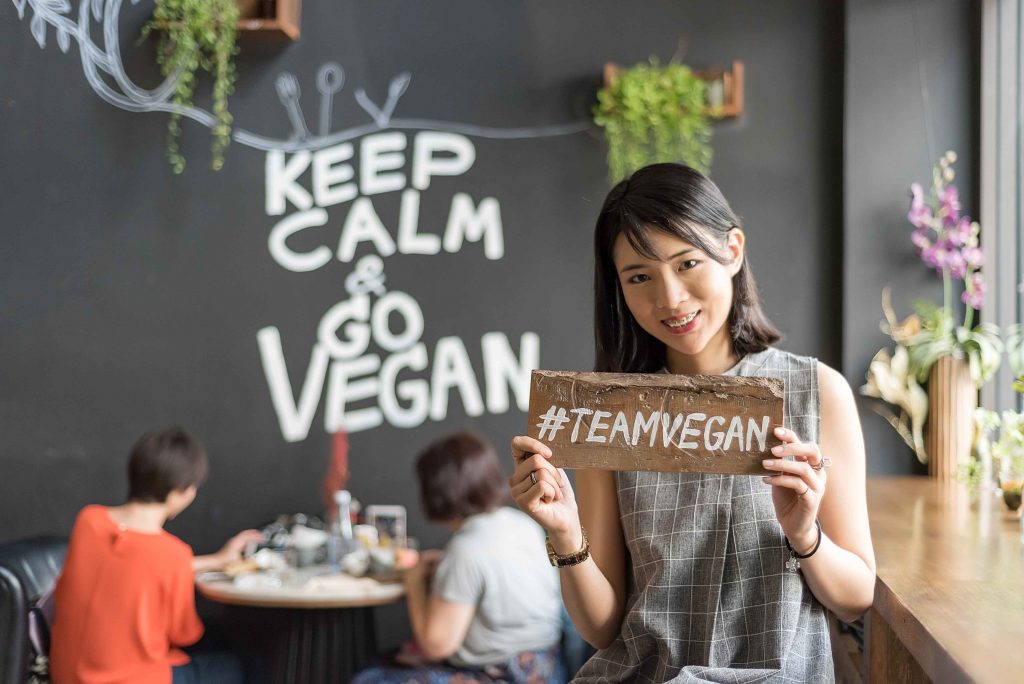 It was Jajah’s mom that inspired her to start on her culinary vegan food adventure. Wanting to give her mother the healthy food she needed without compromising on taste and texture, Jajah initially started out making vegan cakes, such as cheesecake and carrot cake, for her family and friends, mostly because her mom was quite fond of pastries. The cakes were a huge hit, so Jajah started selling them at the local farmers market just for fun. As a result of her success in the market, she decided to open her own place, which she runs together with John, her brother. Her pet chicken, Chok, who she adopted off the street, is also quite the neighborhood celebrity. 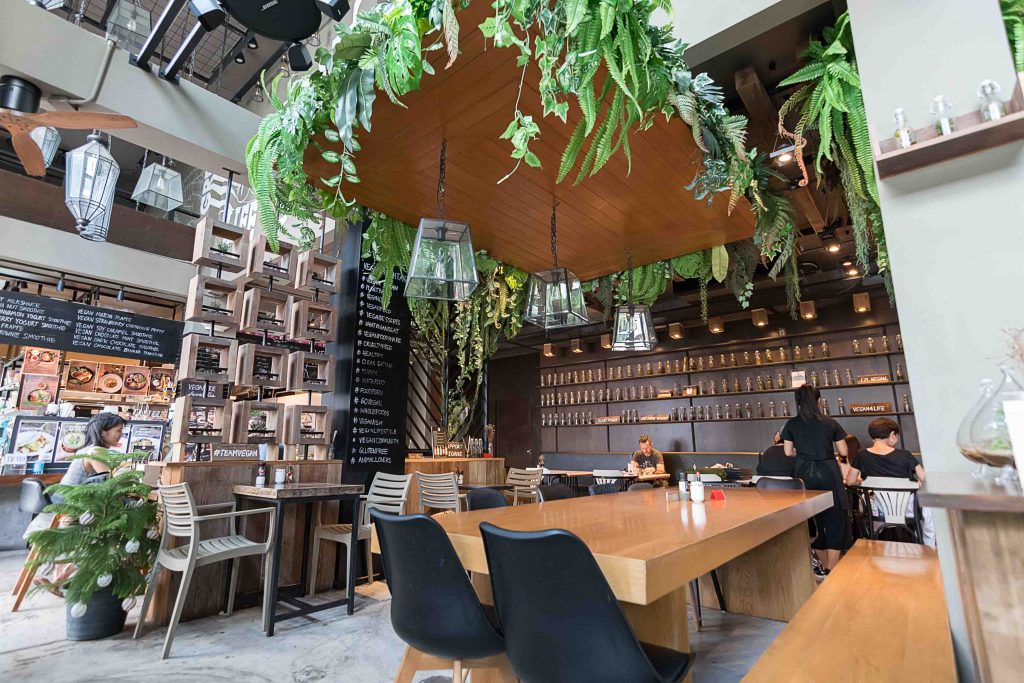 Fortunately, Veganerie moved into a space that used to be a lovely Italian restaurant. The bones were there, but the space needed some work to make it fit Jajah’s concept of creating the feeling of nature even within a busy urban environment. The green plants strewn throughout the rafters further enhance the sense of tranquillity and relaxation that are usually to be found mainly in nature. Located very close to Benjasiri Park, this top-tier location is also great for customers that come by either before or after they exercise. 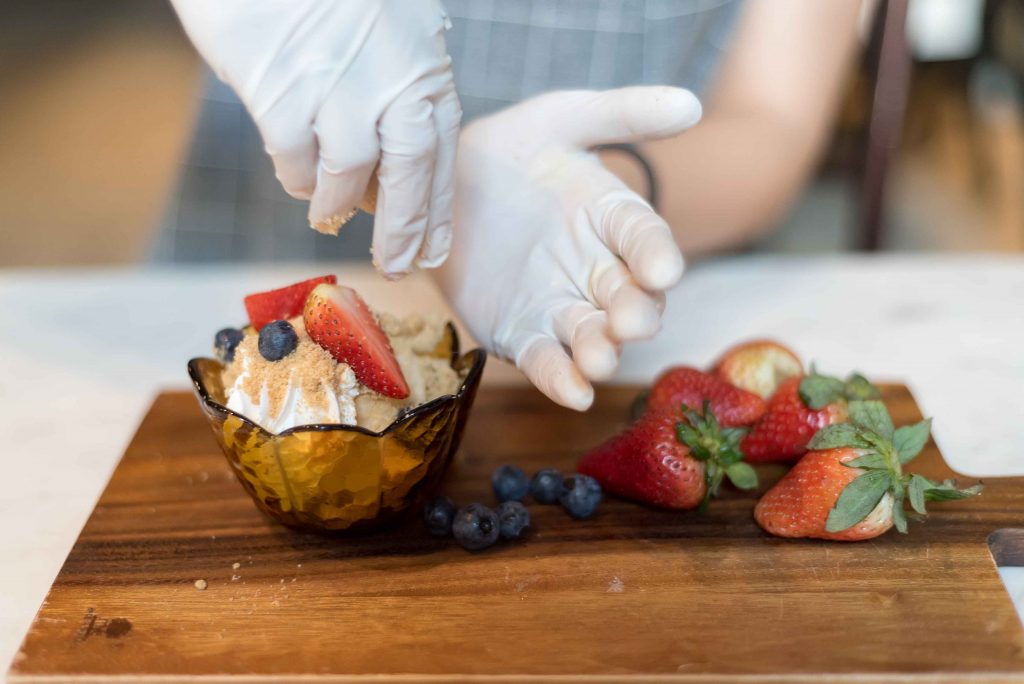 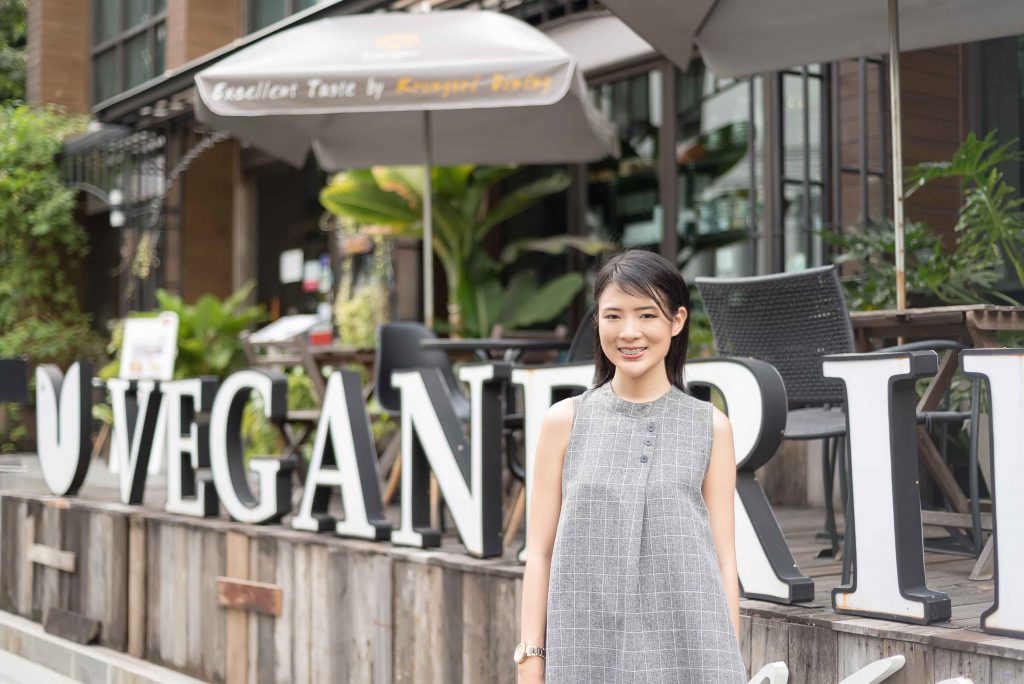 Jajah has a number of outlets across the city, but the largest, noted here, is a stop on our brand new guided tour of Sukhumvit Road, the Best of Thai Vegan Bangkok!