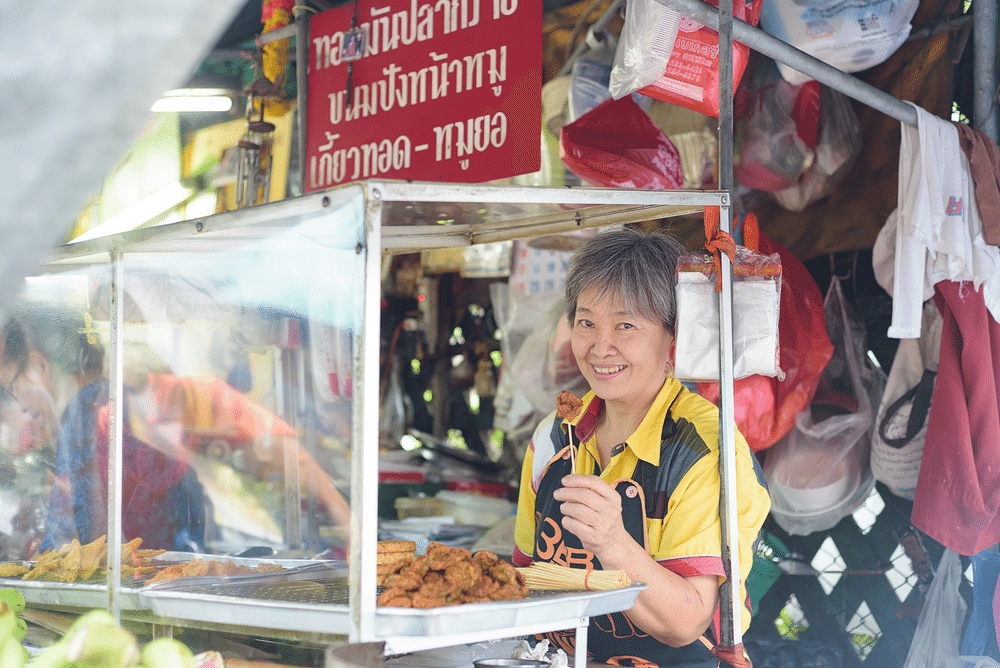 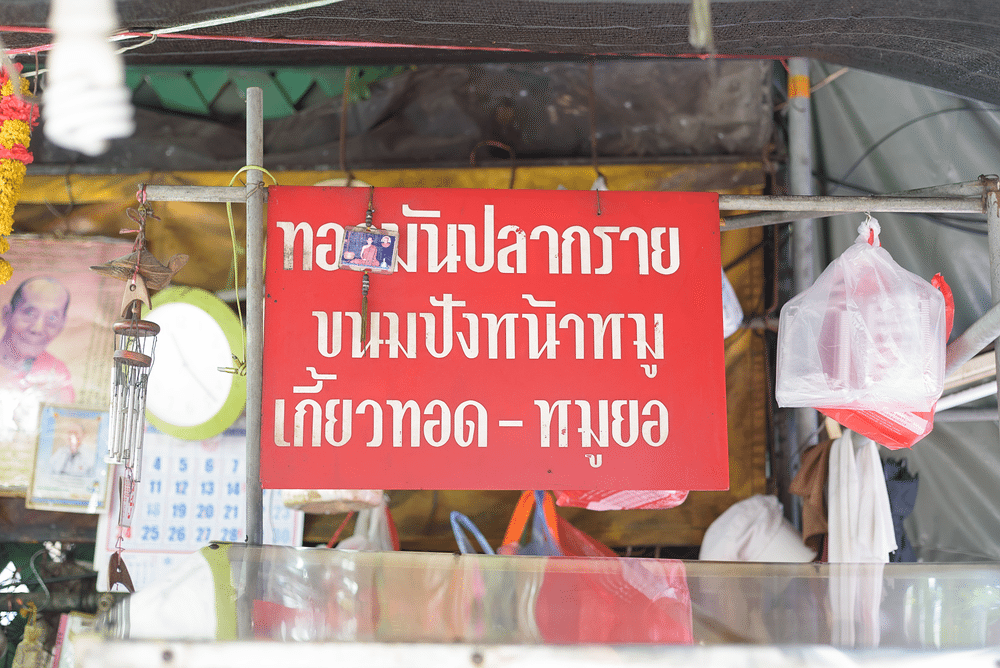 Khun Mhuay is originally from the nearby city, Samut Songkram, an area to the South of Bangkok, famous for its fish and seafood due to proximity to the Gulf of Thailand. She moved to Bangkok with her older sister, Khun Rong, in 1973 and helped her sell clothing for almost 20 years before starting her fish cake shop. Their grandmother always enjoyed cooking for the family and Khun Mhuay had gradually learned her grandmother’s secret recipe for these special fish cakes. She eventually decided to open her shop as fish cakes are a popular food, but it is hard to find delicious ones! 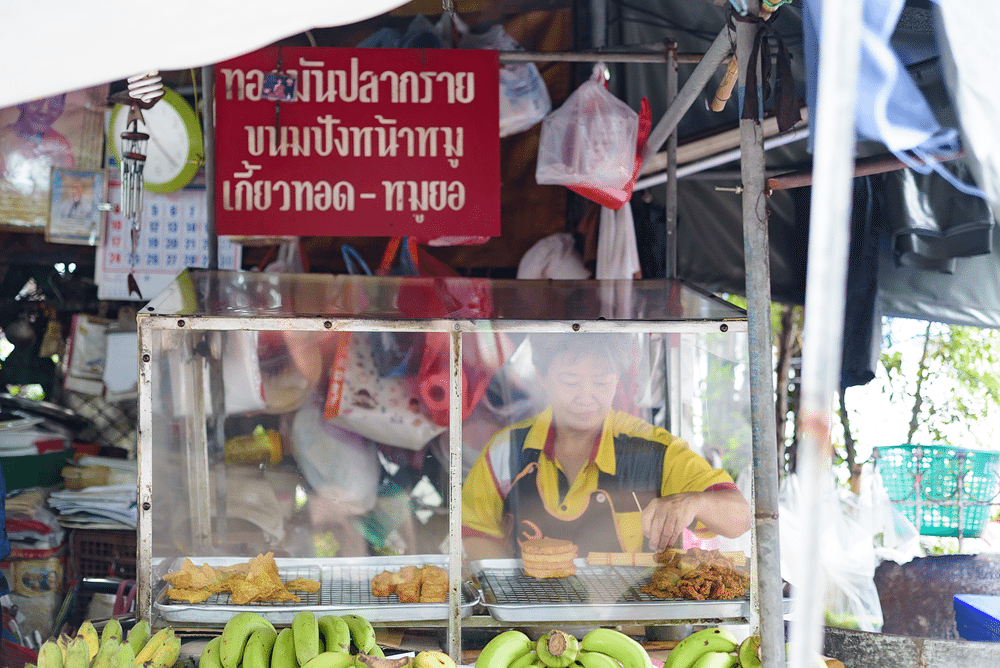 Her original shop was located in front of the Robinson Shopping Mall, which at that time was the early Bangrak Market. The current shop is now attached to the fruit stand (run by her sister). Even though the shop is small, it is in a great spot where people, both Thai and foreign pass by all the time and grab a smell (and taste) of her delicious treats! 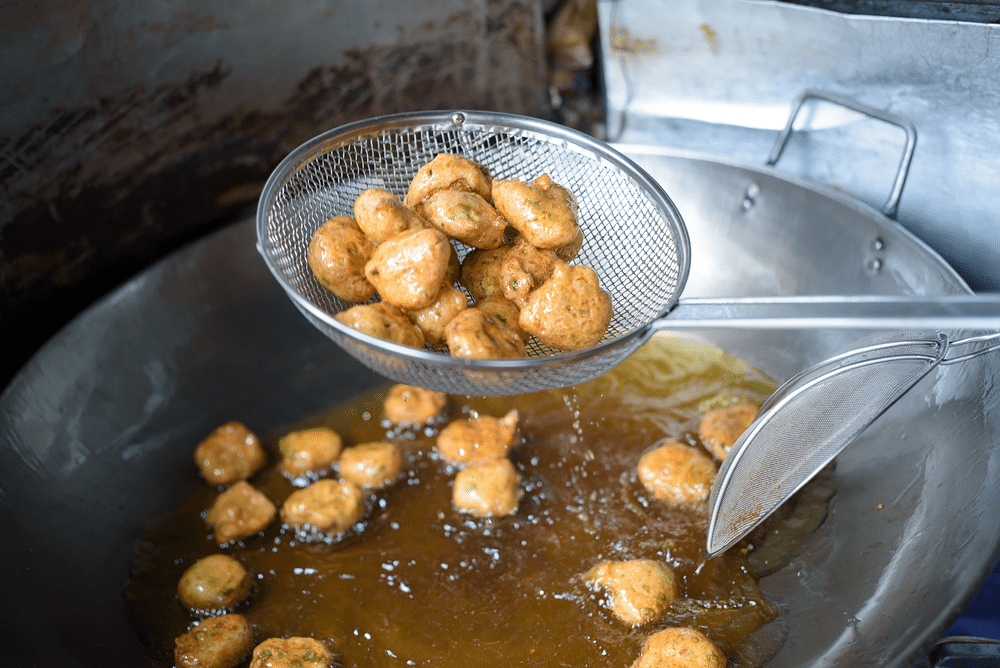 The fish cake shop is located in Soi Charoen Krung 46, behind the Robinson shopping mall. Over 40 years ago, the land at Robison used to be the Bangrak Market, one of the largest in Bangkok. When the market moved, many of the vendors, including K.Mhuay had to find a new location. The current spot is a small space, but offers taste on a grand scale! 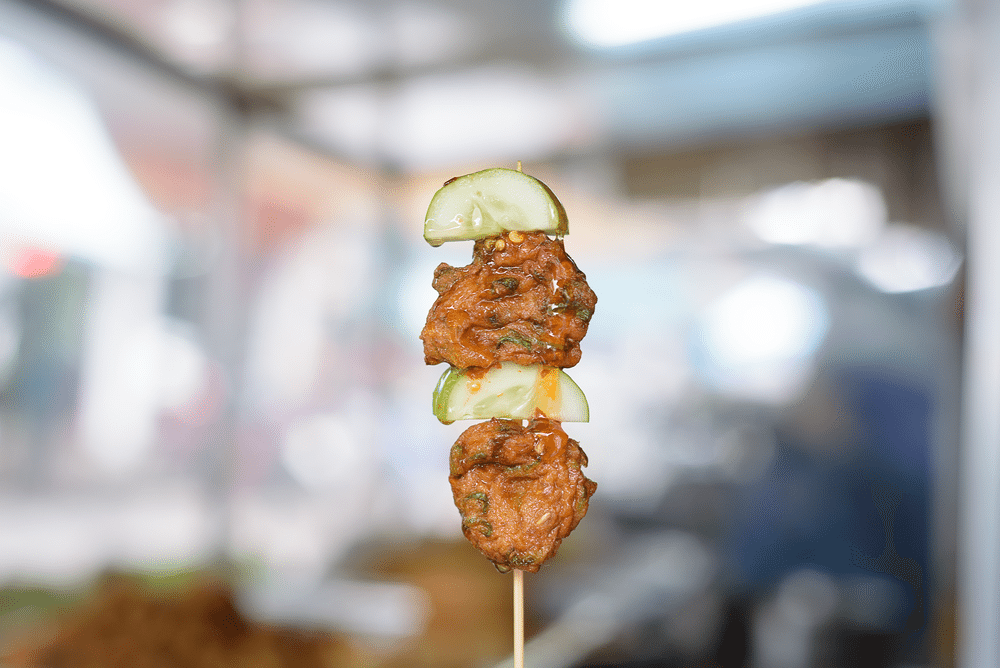