We’re just going to come out and say it. Tom yum goong (sometimes pronounced tom yum kung) is the flavour that defines Thailand! 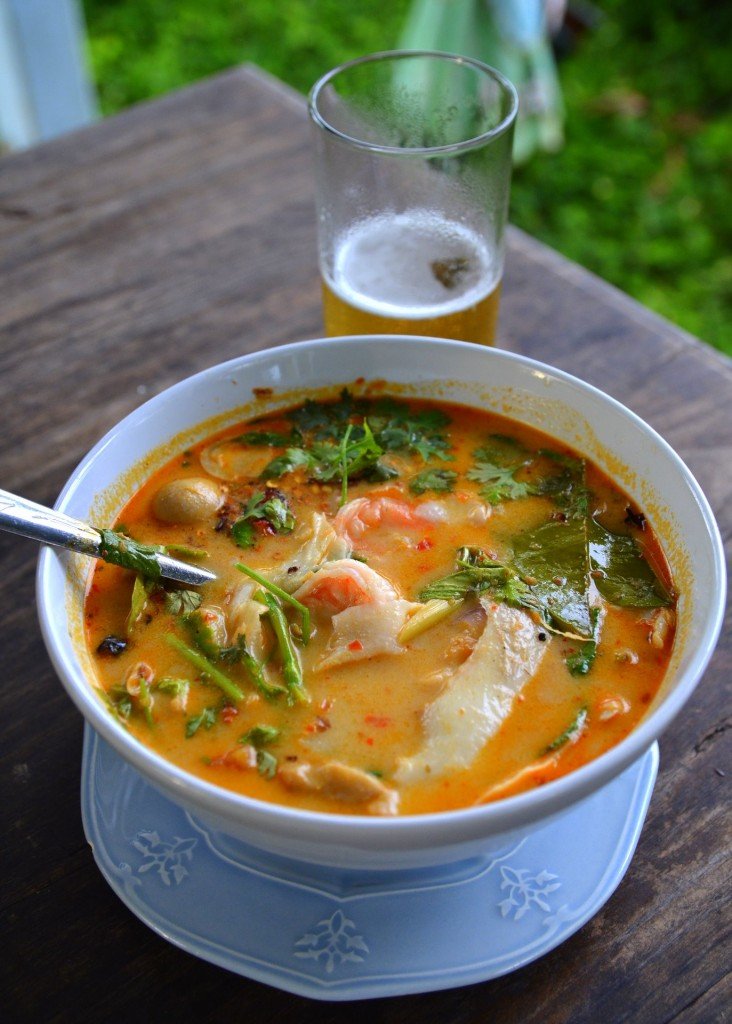 There’s just something about that tangy flavour and the rich colours which emanates Thailand. The words “tom yum” are derived from two Thai words: “tom” and “yam”. “Tom” refers to boiling process, while “yam” refers to a kind of Lao and Thai spicy and sour salad. Thus, “tom yum” is a Lao and Thai hot and sour soup and is indeed the most famous Thai soup. Although we should add, despite us saying soup, this dish can also be served with rice or rice noodles, turning it into almost a Vietnamese pho.

Featuring all four of the famous Thai spices – salty, sour, sweet and spicy, the soup originates from Central Thailand and is a blend of fragrant lemongrass, chilli, galangal, lime leaves, shallots, lime juice and fish sauce shapes this classic soup, giving it its legendary herbal kick.

The one ingredient that is open to debate is coconut milk, some opting to use it, others opting no to. The addition of coconut milk makes this a much richer and creamier soup, but tasting soup, we recommend adding it, but for a clearer soup, try without.

The perfect tom yum goong should be a rich orange colour.  The vividness comes  from the fatty juice in the head of the river prawns; this juice adds aroma, colour, taste and deliciousness of the soup.

Even better, this delicious dish is an excellent remedy for a cold or flu bug, this spicy Thai soup is guaranteed to instantly clear your sinuses and warm you up. In fact, this Thai soup is currently under scientific study, as it appears to have immune-boosting power as a natural remedy for cold and flu viruses.  And even better, it’s also highly nutritious.