The Origin of Thai Tea Pulling

The reason you should switch to tea! 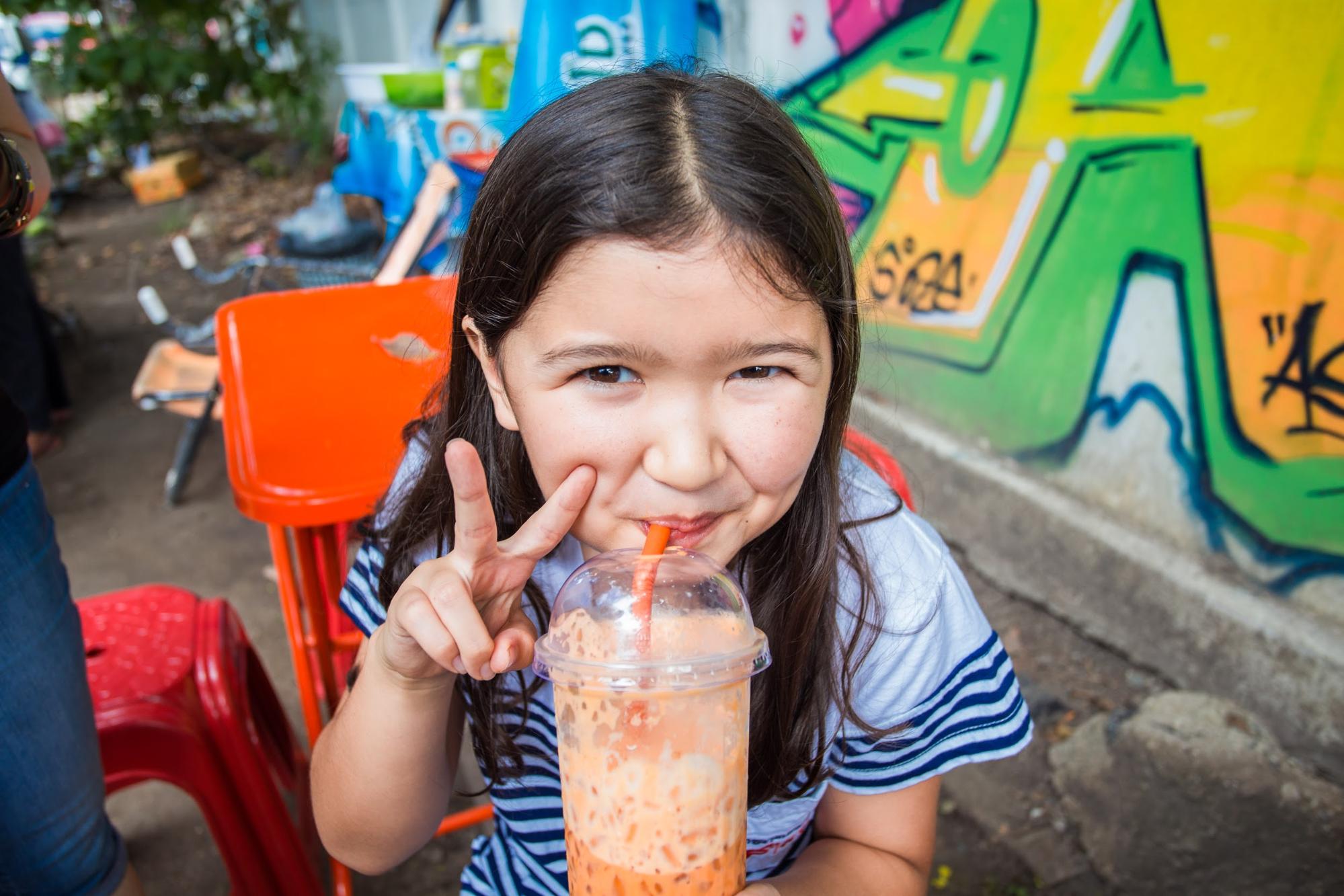 Enjoyed by all ages!

Because of the many coffee and tea street stalls dotted around the streets of Thailand, you will never be without proper caffeination.

Following the Chinese revolution and the defeat of the Kuomintang (KMT) by the Chinese communist party in 1949, thousands of KMT soldiers and their families were forced to flee China. They were welcomed by the Thai government, and many chose to settle in the Northern part of Thailand. As you would expect, the Chinese immigrants brought over their culture and traditions including their love for the cultivation and brewing of teas.

Eventually, through programs such as the Royal Project for Crop Replacement, tea farming was introduced as a viable means of generating income. The first tea plants were imported from China and Taiwan and introduced into the highlands of Chiang Mai Province in the late 1980’s. 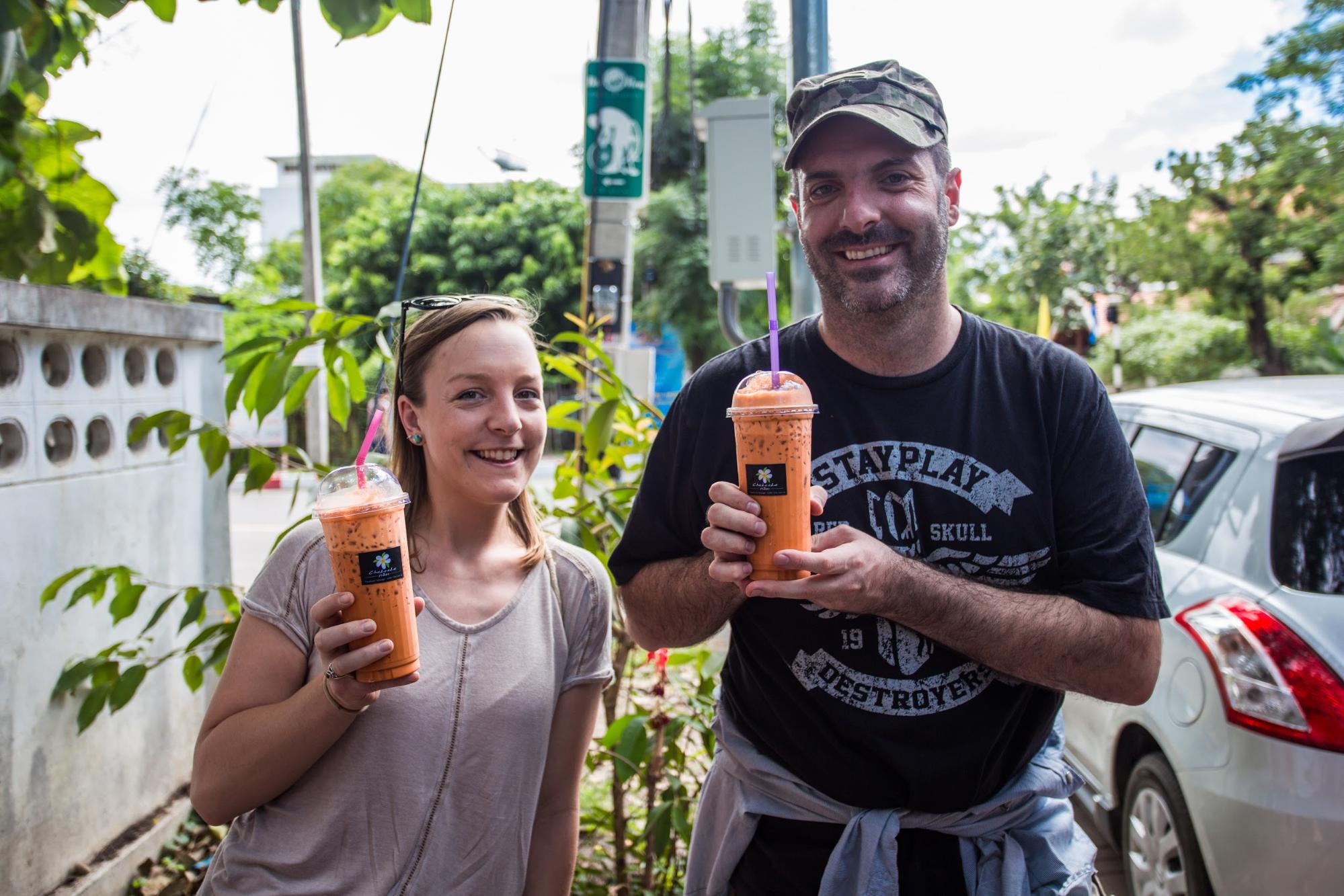 Delicious any time of day.

Traditional Thai tea is made with Ceylon, which can be very expensive and is sometimes substituted for locally grown Landrance a version of Assam tea. Other ingredients that are often added include orange blossom water, crushed tamarind, star anise, red or yellow food colouring, vanilla and cinnamon. The tea is usually sweetened with sugar and has condensed milk added. When you order a Thai iced tea you can get it with or without milk. Tea with milk is called cha yen. Tea without milk is called cha dum yen. 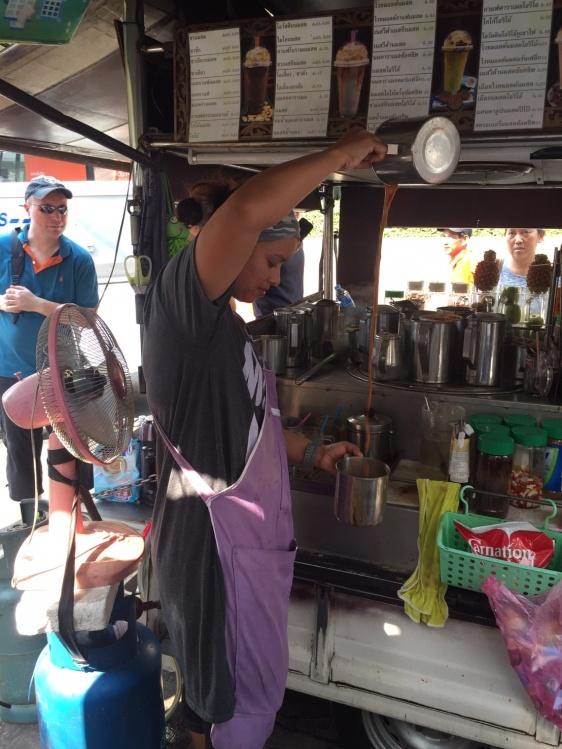 A local Artisan in action.

The pulling method used to make the tea is derived from Malaysia and is known as teh tarik. Teh is a Malay word meaning “tea” and tarik, also Malay means “to pull” or “pulled”. The repeated method of transferring the tea between cups served to cool and aerates the drink. It is said that this process is what makes the tea so flavourful. Once you watch the process you know why many consider it an art form! 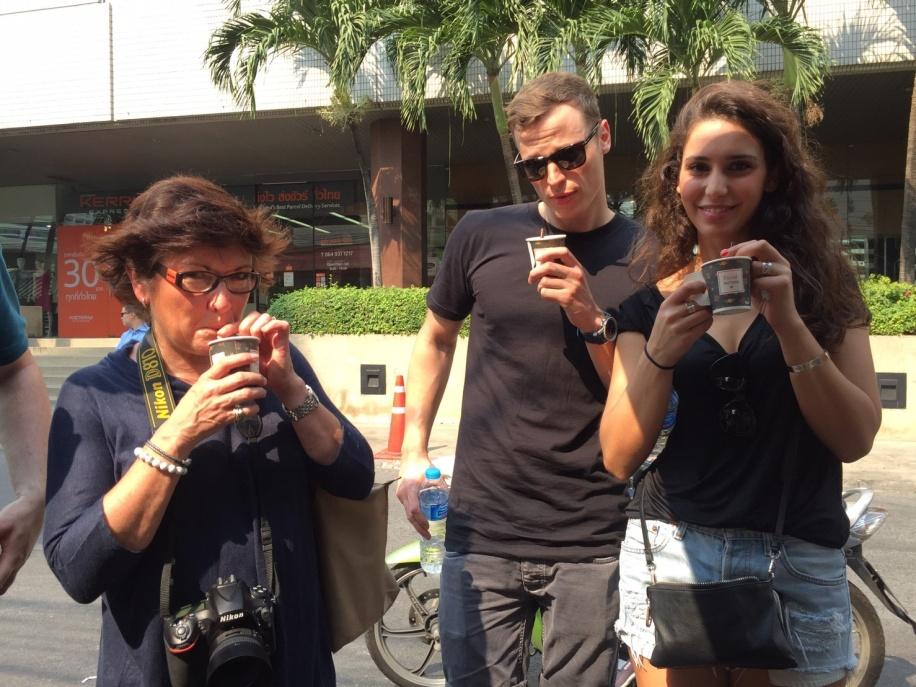 A perfect drink to cool off on a hot day in Thailand.