Are you a health conscious foodie? Do you love to eat Thai food? Do you want to begin your food journey with “Low Fat” Thai Foods for this year?Then we have written this blog article  for you! Thai foods are a great choice for the diet-conscious and those who love to keep fit. Personally, I love to eat Thai foods a lot. After a workout and sweating heavily, spicy Som Tam Boo Pla Ra (Thai Papaya Salad) or PlaNuengManao (Poached Fish with Lime) is a great choice! Not only are these Thai foods full of protein, they are low on calories. Let’s have a look on fourlesser known, low fat Thai dishes to start off 2016. 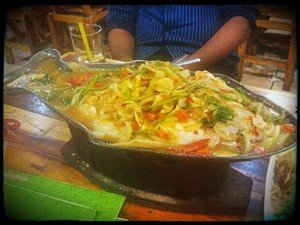 Sounds familiar?It’s a steamed whole fish with lime dressing. Sometimes the fish is boiled in lime sauce, sometimes it’s poached. This dish is a great source of lean protein. The thin lemony sauce (or soup!) is low on calories and it’s usually spicy. This is my best recommendation after a good workout. I would suggest you to taste the hot and sour soup first! It tastes heavenly and the delicious flavor will last in your mouth.

We’ve all heard about it and probably we know how it tastes. Everyone knows this famous ‘Thai Papaya Salad’, which includes shredded green papaya, tomatoes, string beans, dried shrimp, garlic, chilies, peanuts, and sometimes (depending on where you go and what’s available and what version you order) fresh raw Thai eggplant and carrots. It is a great lean meal that has flavor and protein!  There are many variations of Som Tam, such as:

Nothing to describe here. We all know it. Those who don’t know about it-it’s one of the best dish after workout. 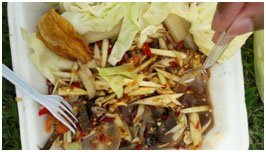 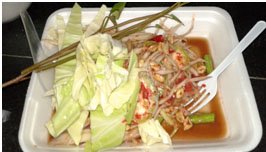 Korat is one of the four major cities of Isan and this Som Tam is originated from there. It’s just the mixture of Som Tam Thai and Pla Ra. Pretty enjoyable! 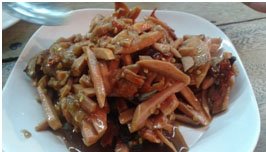 Here Kraton (Sentul) takes over the place of Papaya. Its prepared with Sentul fruit and mixed in pretty much other Som Tam ingredients. Very spicy! 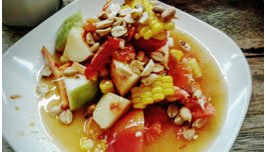 Som Tam with mixed fruits like guava, apple, pineapple, berries and even corn! 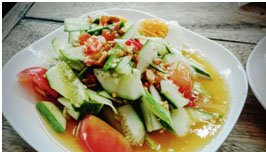 Bored with too much Papaya? Then try this-Som Tam with cucumber, served with eggs and tomatoes.

Som Tam is spicy but if you don’t like too spicy, just ask the seller with a smiling face ‘Mai PhetKhrap’ (not spicy) or, ‘AoPhetNidNoinakhrap’ (slightly spicy) to keep the spice level down and let the other ingredients’ flavours shine through. 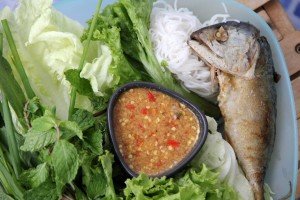 MiangPla Too is my favorite Thai dish. MiangPla Too is made with mackerel fish, which is tasty and healthy. It’s served with an assortment of vegetables, herbs, rice noodles, and sauce. This is very delicious and healthy Thai cuisine. It’s easy to eat with the spicy sauce (as much as you can handle!) made with fish, garlic, chili and other spices. It’s a bit smelly and might be very spicy but tastes great!Highly recommended for a highOmega-3 oil packed meal! 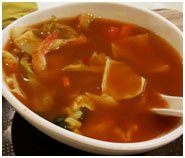 Have you ever heard of GaengSom (Southern Thai Sour Curry)? This is a version of a Thai soup dish packed with vegetables and great flavor! It is a reddish orange tinged soup where sour and sweet are the most protruding flavors.It’s a savory, peppery hot, vegetable soup that you will sure eat until the last drop! It has tons of fresh herbs as a base. This soup, often made with fish or chicken, is easily made as a vegetarian dish too without sacrificing the famous flavor! 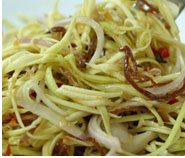 Try some of these light Thai favorites for a great start to eating healthy in 2016! Wishing you all a very happy new year with good health, prosperity and success in life!