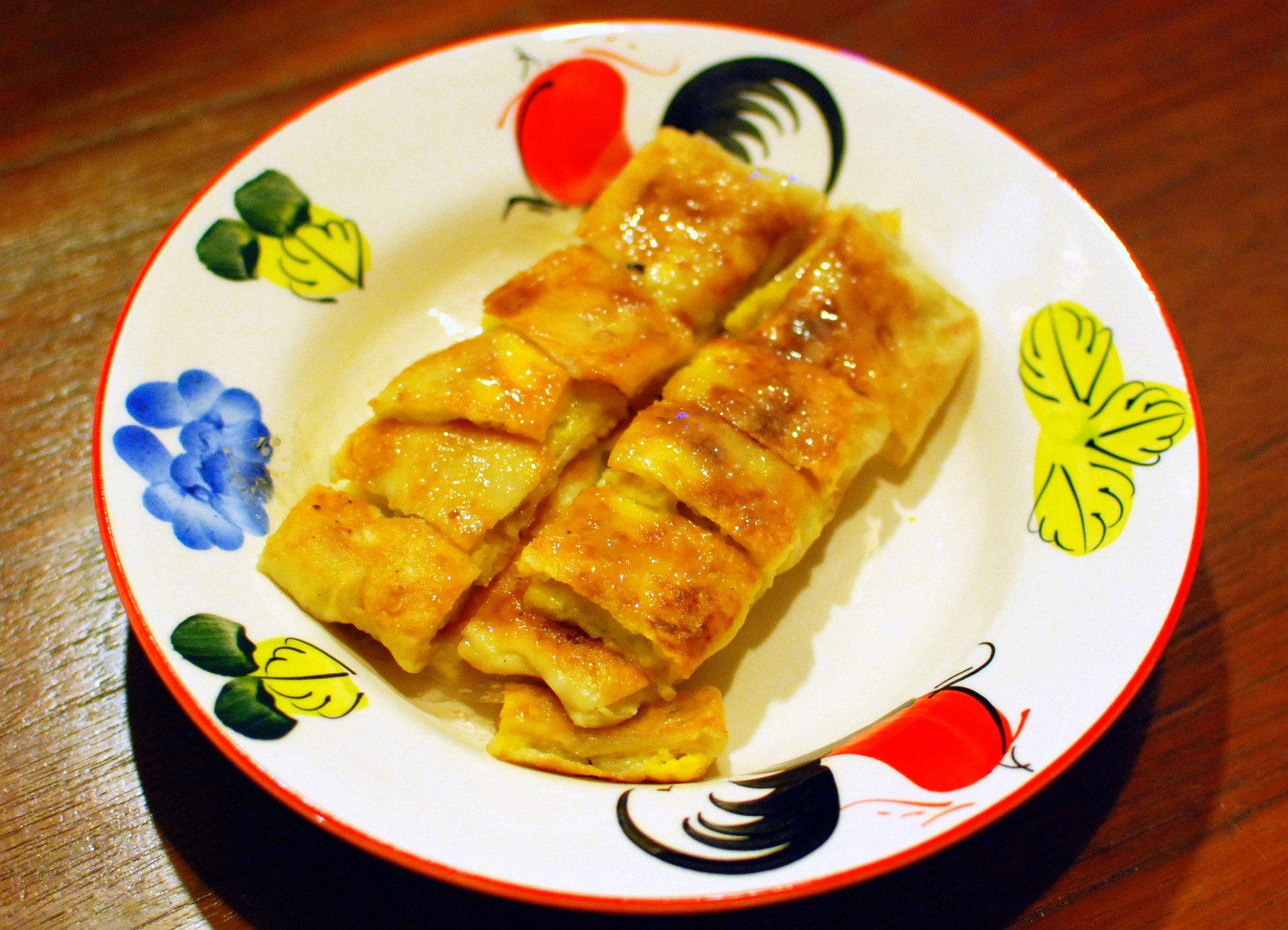 Roti, a tasty pan-fried bread, is a popular snack. Similar to Paratha of Indian origin and Malaysia’s Roti canai, roti is widely served all over Thailand.  There are both sweet and savory versions, which can vary in style from vendor to vendor and province to province, however the taste is always a surefire winner! 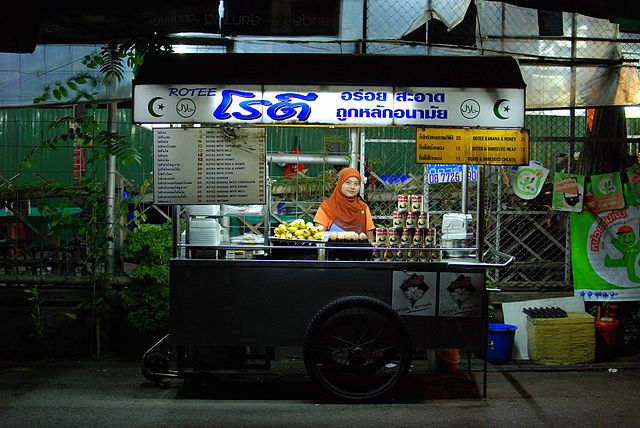 In Bangkok, Roti is a popular snack and can be bought from roadside roti vendors. It’s really enjoyable to watch how a Thai street vendor expertly prepares a plain roti by stretching and flipping the dough and expertly frying it up with oil and butter. 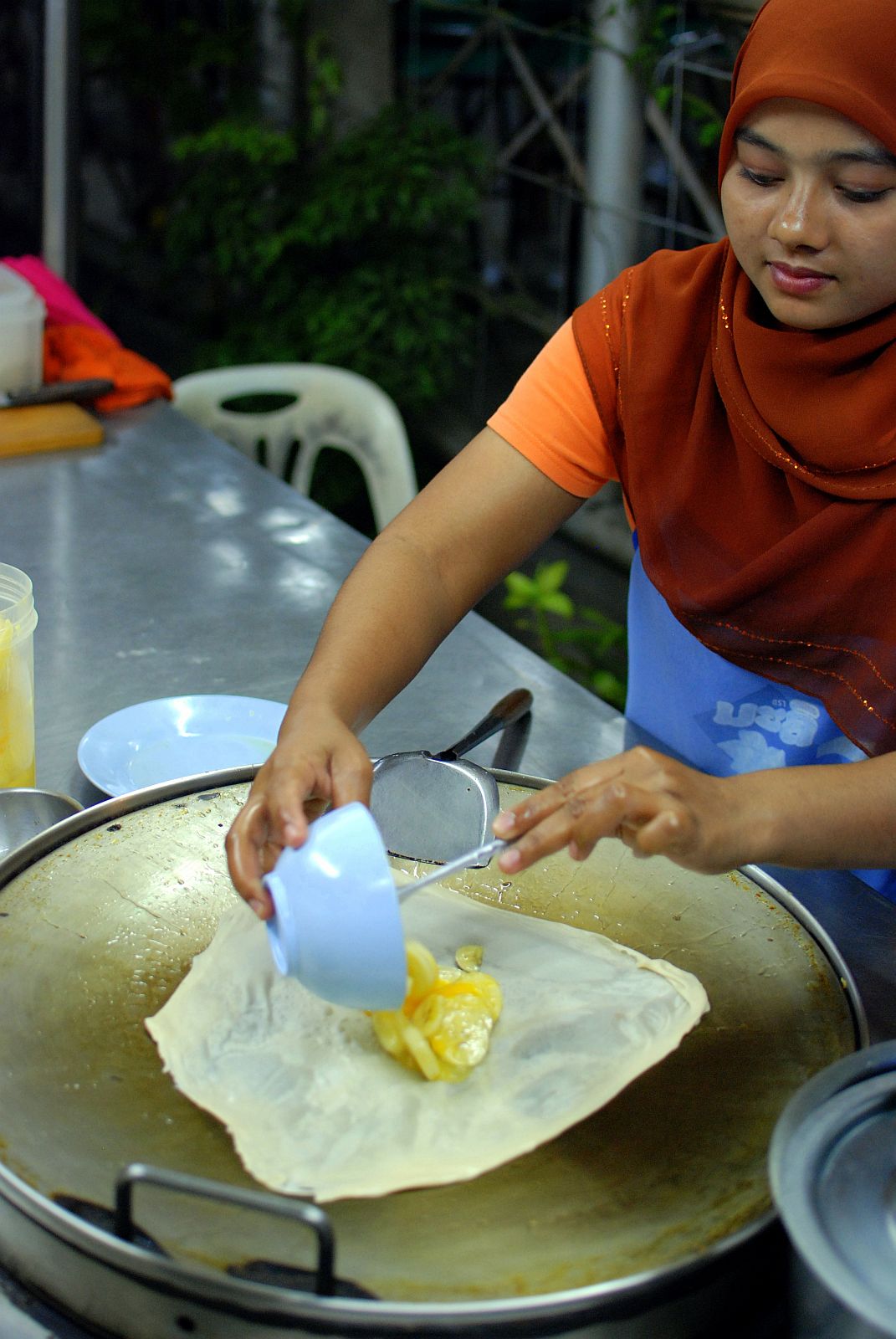 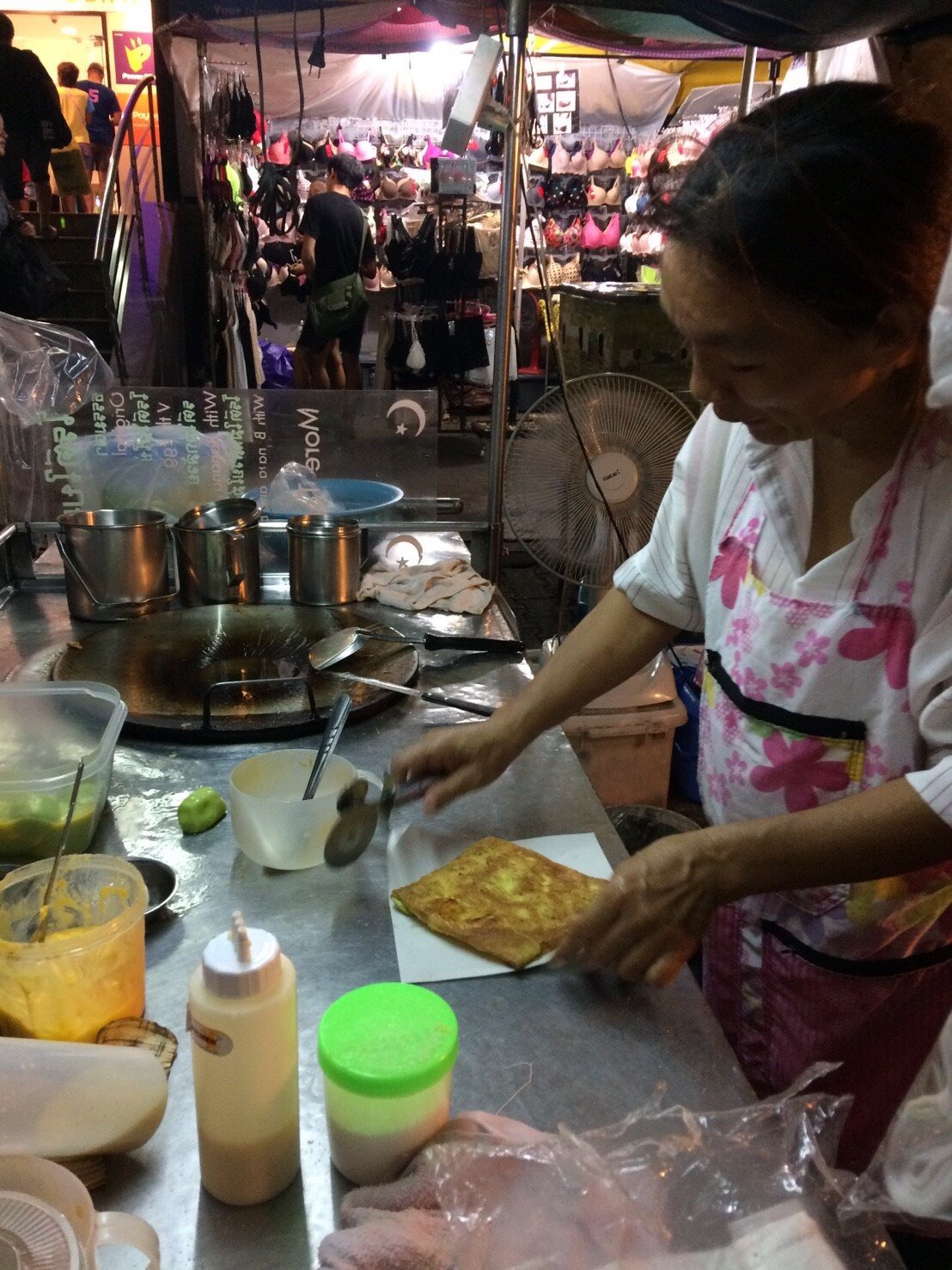 The basic version of sweet roti usually includes condensed milk drizzled on top and some sugar.  You will often see it rolled up in paper.  Another option is roti krob or crispy roti. This roti is cooked longer to create almost a chip-like crispy snack, cut into smaller pieces.  Some vendors will even cook the roti and then smash it together with their hands to fluff it up creating a pile of buttery, crispy, sweet yumminess. 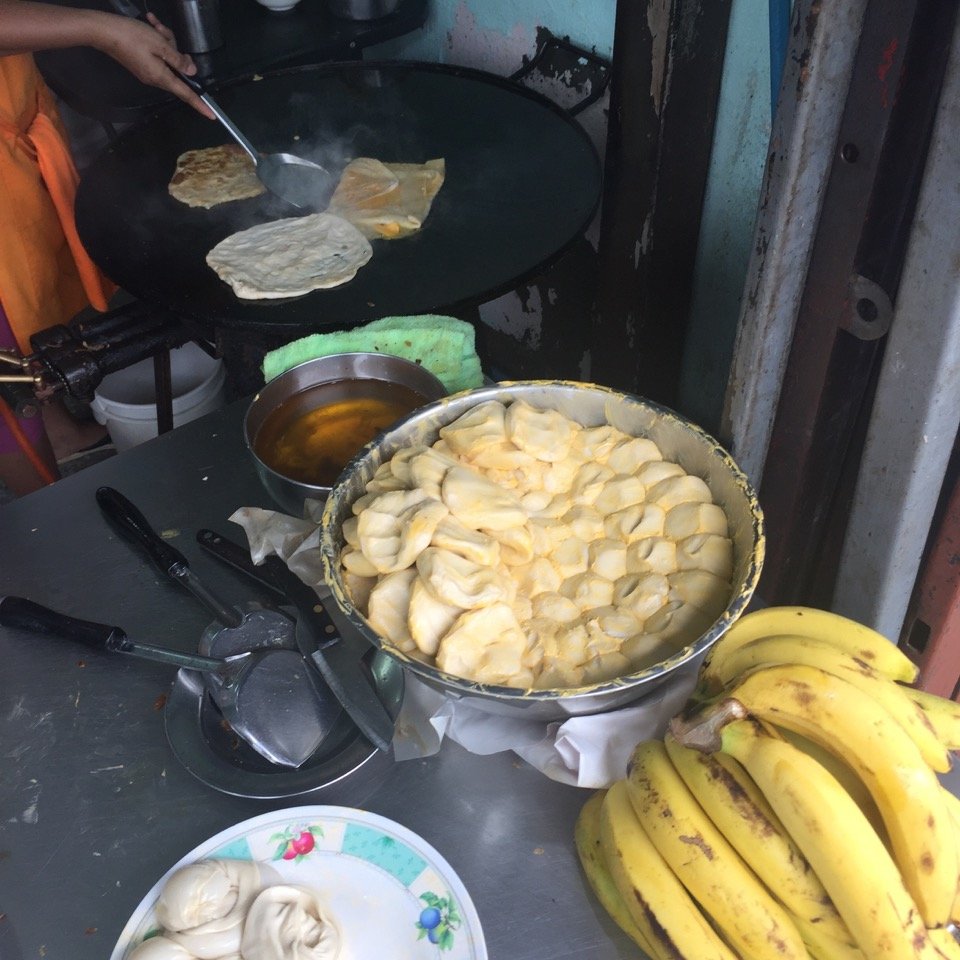 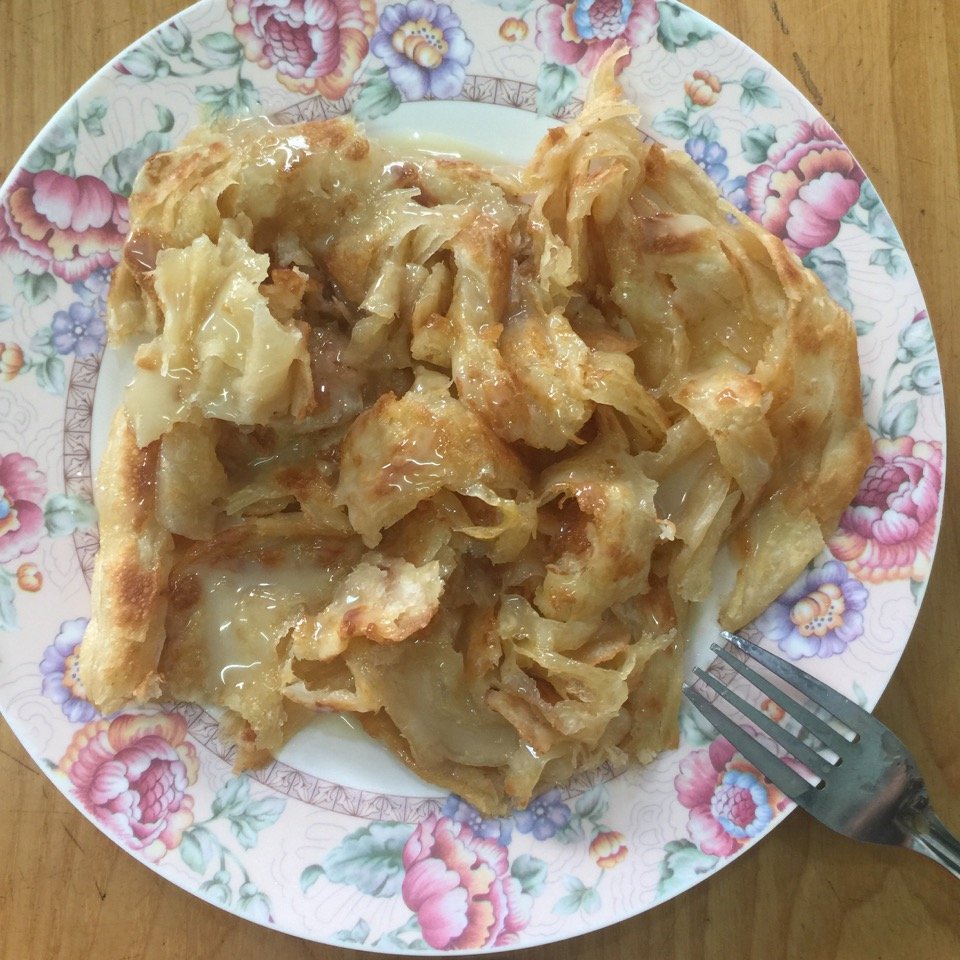 More options do exist!  Your standard roti cart will usually have eggs and bananas stacked next to the hot griddle.  You can add these by themselves or both together for a more decadent and flavorful roti.   After the roti are put on the griddle to fry for a few seconds, the egg and/or banana are added and cooked right into the roti.  Topping it off with condensed milk and sugar makes it a super-decadent dessert!  This type of roti will often be cut into bite-sized pieces and offered up with a wooden stick for eating and sharing.

You will see some of the more elaborate carts offer other options such as chocolate, nutella or even other types of fillings. It’s also common to eat roti with hot milk or even hot tea. Some shops sell these together. 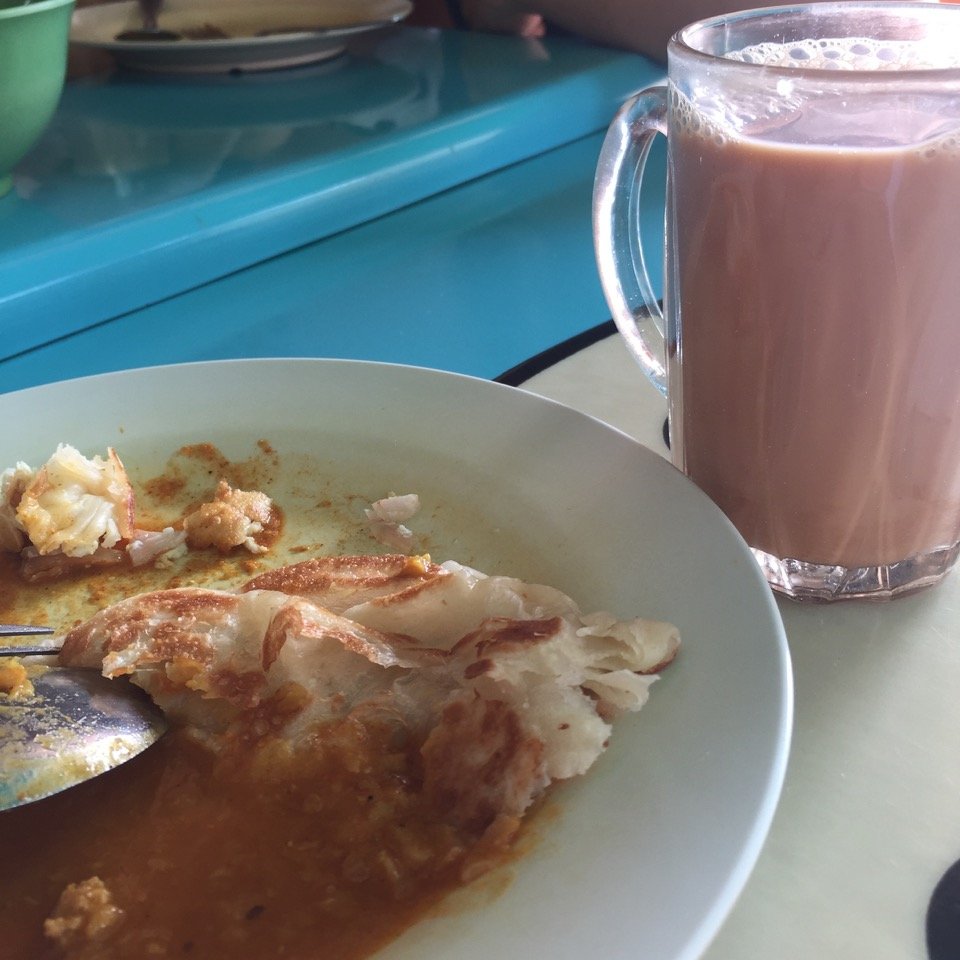 Roti Bai toey is a common snack found on some of our tours. It’s another type of roti mixed with pandan which gives it a lovely green hue and a light aromatic flavor.

Savory versions of roti are often served with curries.  Some restaurants offer green curry with roti and you will surely find shops that have the curry inside the roti – a full meal in itself!

Roti sai mai is another version where the roti actually resembles more of a crepe in it’s thinness.  The roti is then filled with a sugar floss, crafted by heating the sugar and pulling it until it is as thin as fine thread. This is a specialty of Ayutthaya, a treat our guests get to see made firsthand!

Beware that roti is highly addictive – in any of it’s forms!