The owner of May Veggie Home. 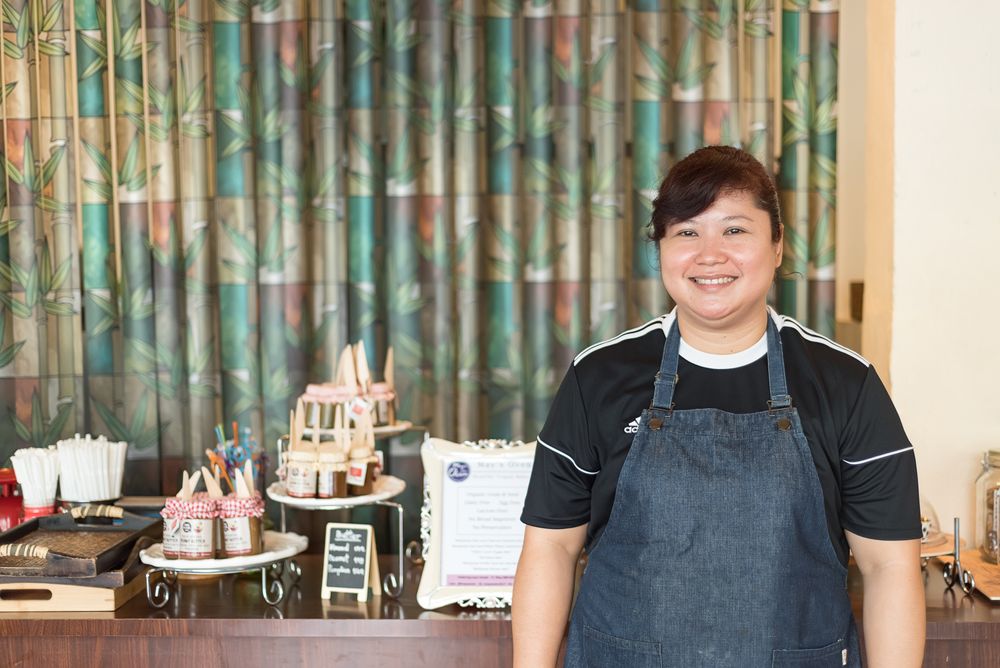 Meet Khun May, the owner of May Veggie Home.

May was born in Bangkok and began her working career as an executive assistant to the president of a multinational company, which gave her the opportunity to travel around the world and experience many different types of cuisines and flavors. 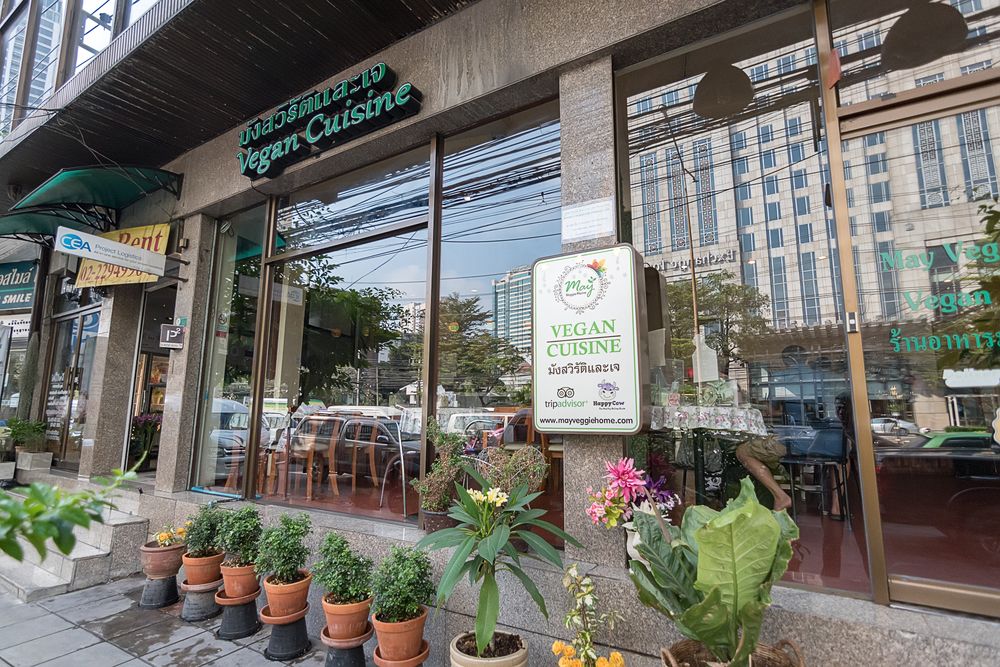 A few years ago she decided to leave corporate life to open a restaurant. It was originally in Thonglor, a well-known neighborhood on the outskirts of Bangkok. May’s original shop was to be a bookstore, but as customers often came in wondering if she served food, she slowly began adding a variety of dishes until she switched concepts entirely and opened a restaurant. 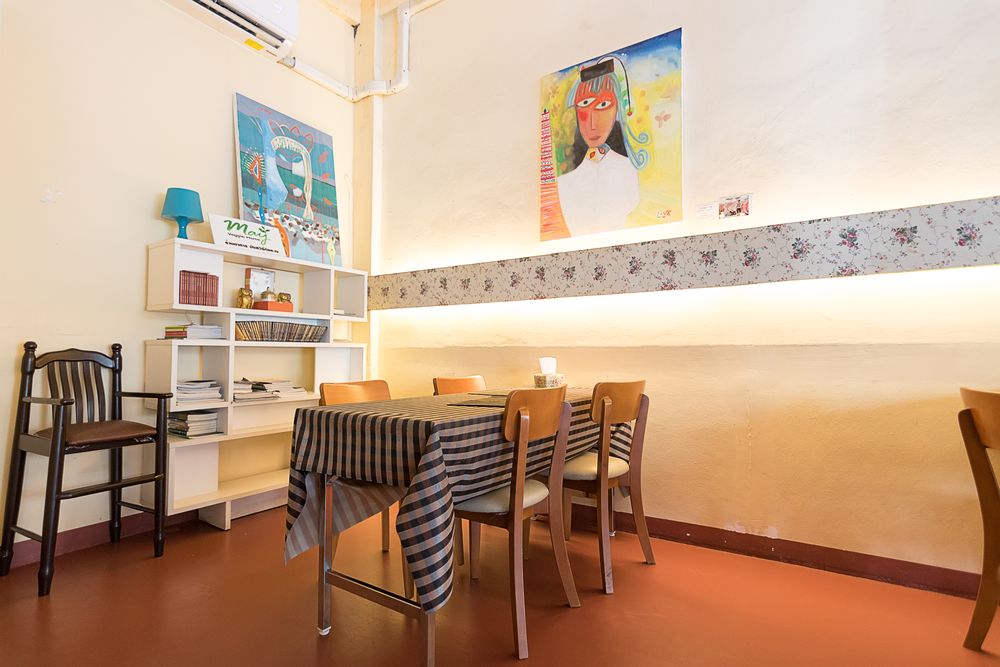 She first became interested in vegan food when she noticed that many customers would ask to replace the meat ingredients with vegetables or noodles. The more she learned about this type of cuisine the more she became convinced that this was the right direction to take. 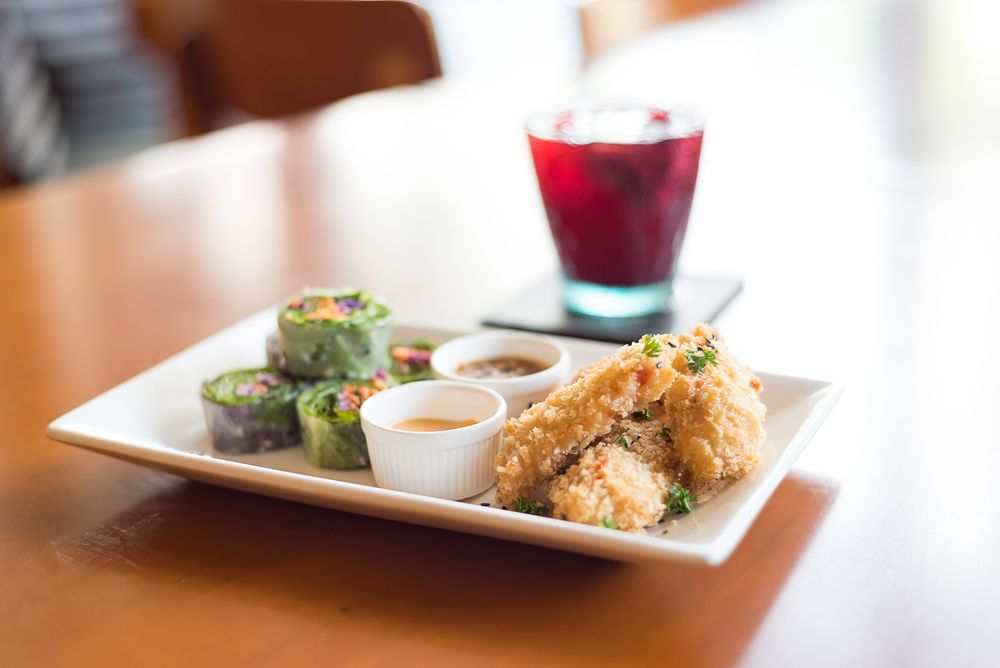 As the head chef, May often takes meat or vegetarian dishes and converts them into vegan ones. She plays with the recipes until they are up to her exacting standards. She also supports local small businesses by selling their products and desserts in her restaurant. 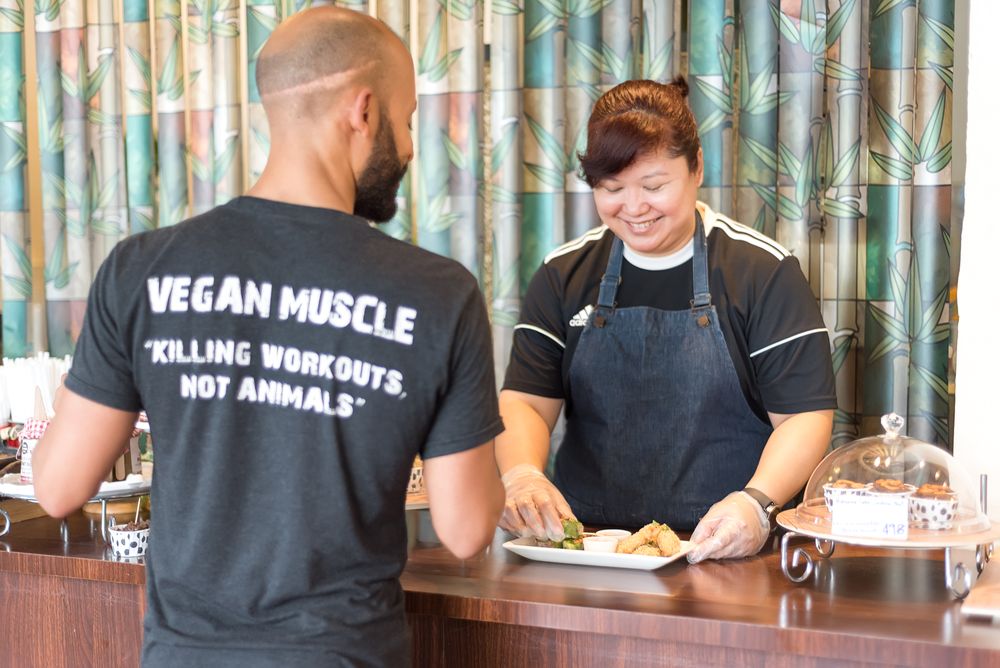 She moved to her current location, in the busy Asok neighborhood, several years ago. She was fortunate to have found an older run down building that just needed a bit of love and care to reveal its lovely structure. May opened up the vaulted ceiling and used special paint to prevent dust and keep the environment as healthy as possible. The paintings on the wall are all by artist Justin Love, whose studio is located nearby, and are available for purchase. 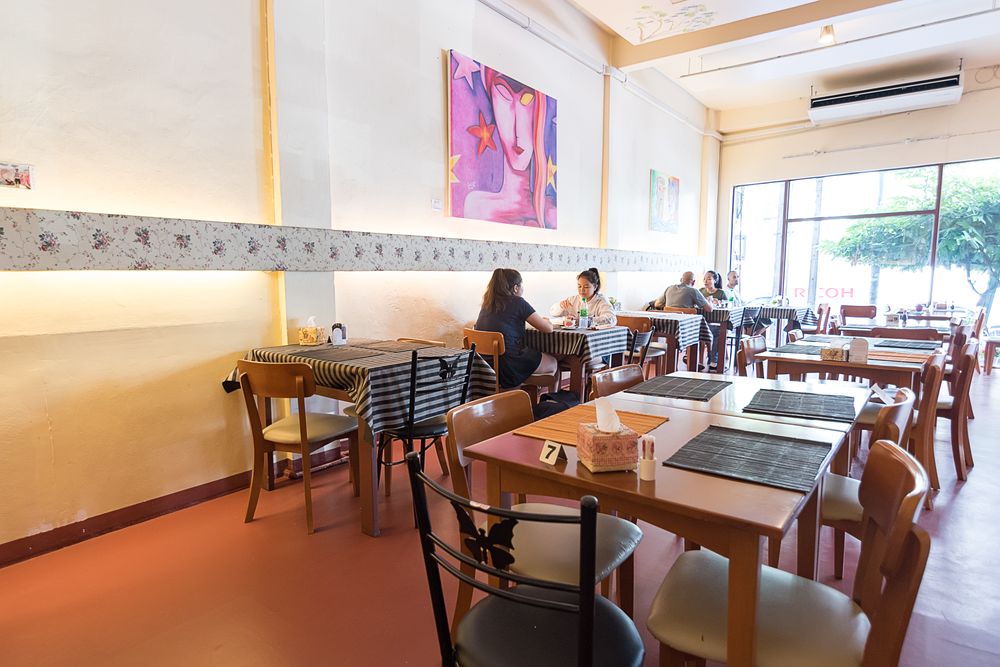 May Veggie Home is a neighborhood favorite and is quite busy at peak meal times, but the creative cuisine is worth the wait!