Running the length of the city (actually all the way to Chachoengsao province!) from west to east is the small, but mighty, Saen Saeb Canal.  Hidden to most visitors (and locals!) in Bangkok, this small waterway carries locals across town daily (60,000-100,000/day!) via speedy canal boats. 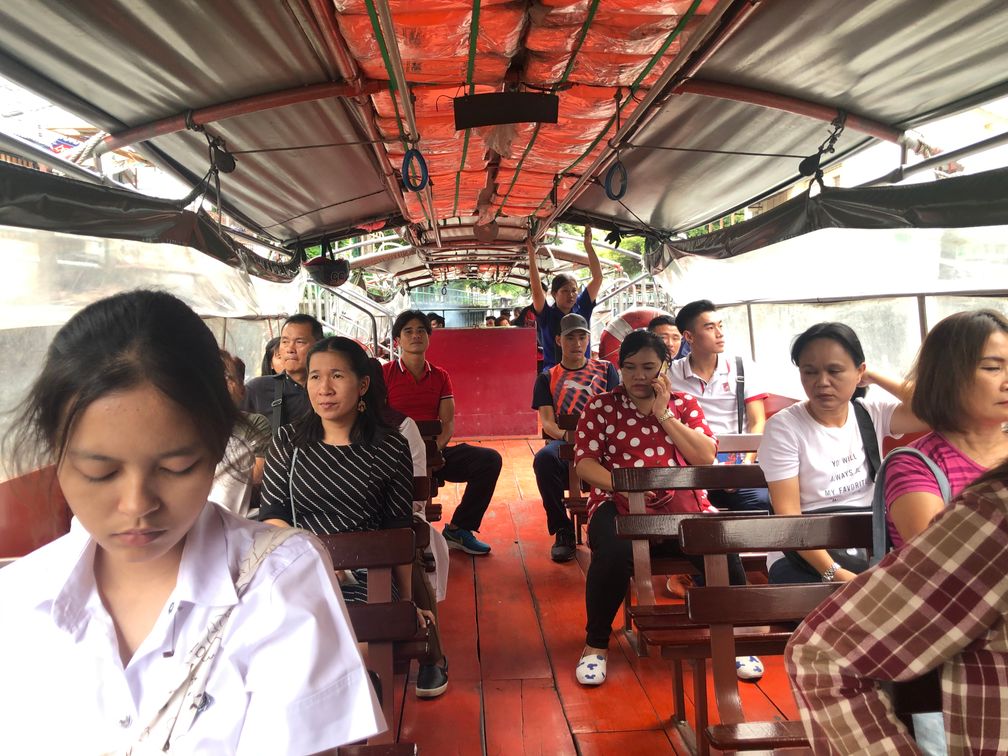 Originally, this canal was built by the order of King Rama III, to transport soldiers and weapons during conflicts in Cambodia during the Siamese-Vietnamese War from 1841-1845. 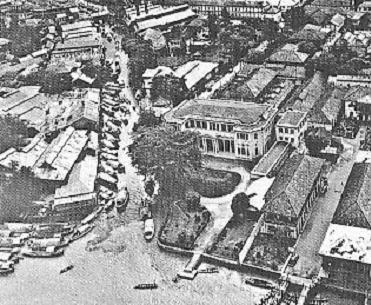 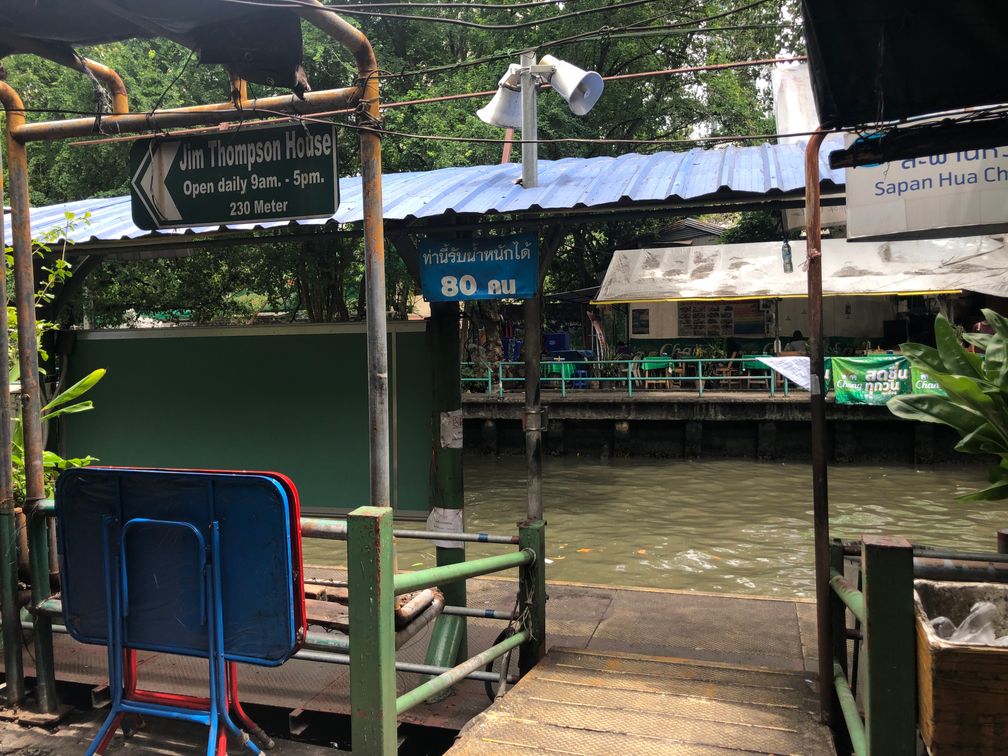 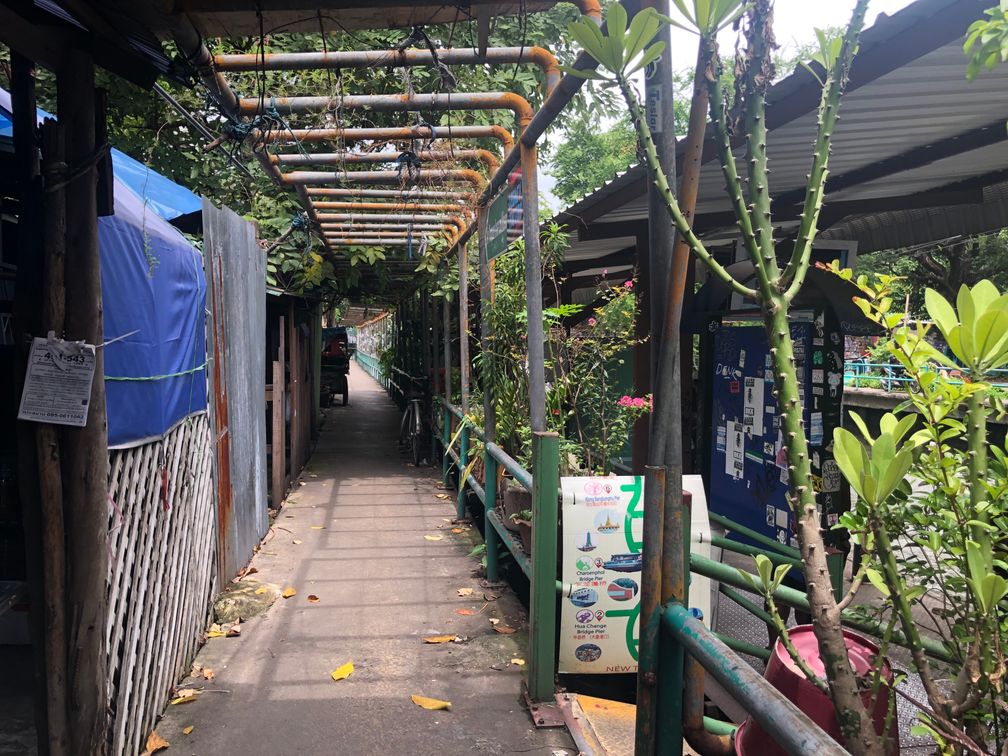 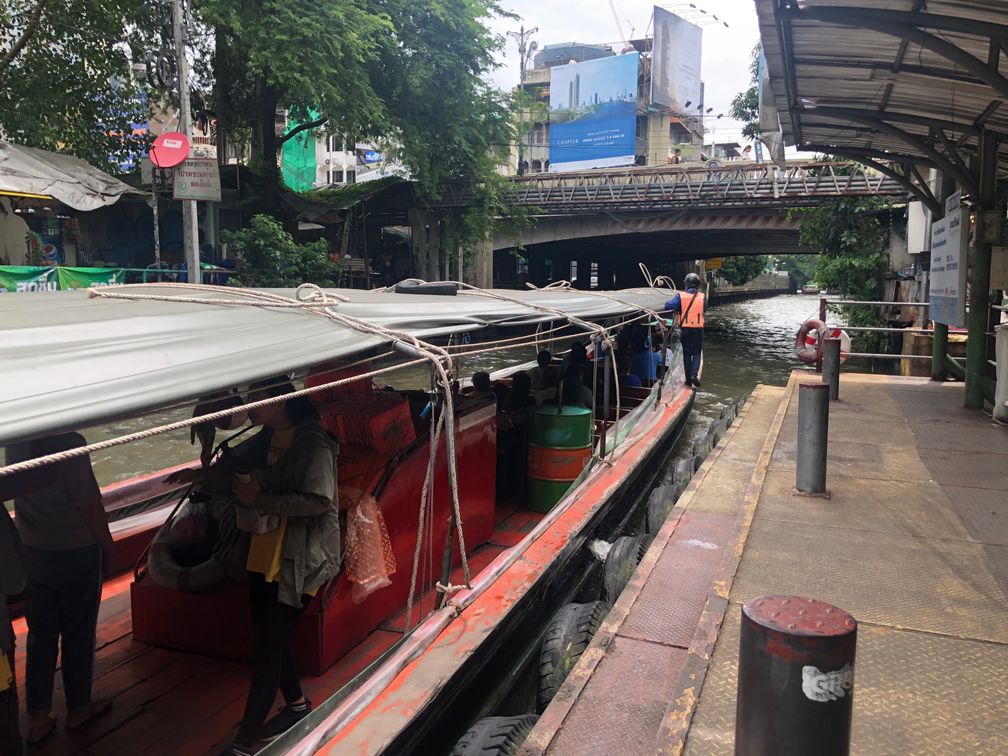 The 29 stops along this khlong, or canal in Thai, give access to many of the major streets and neighborhoods in the city, bypassing traffic on the roads.  Boats can get crowded during rush hours and are not for the weary, but it’s a great ride! If you are not sure, try it during the midday hours when the ride is more relaxed and less crowded.  It’s a fabulous way to see the local life along the canal including interesting bridges, old wooden houses, temples and markets! 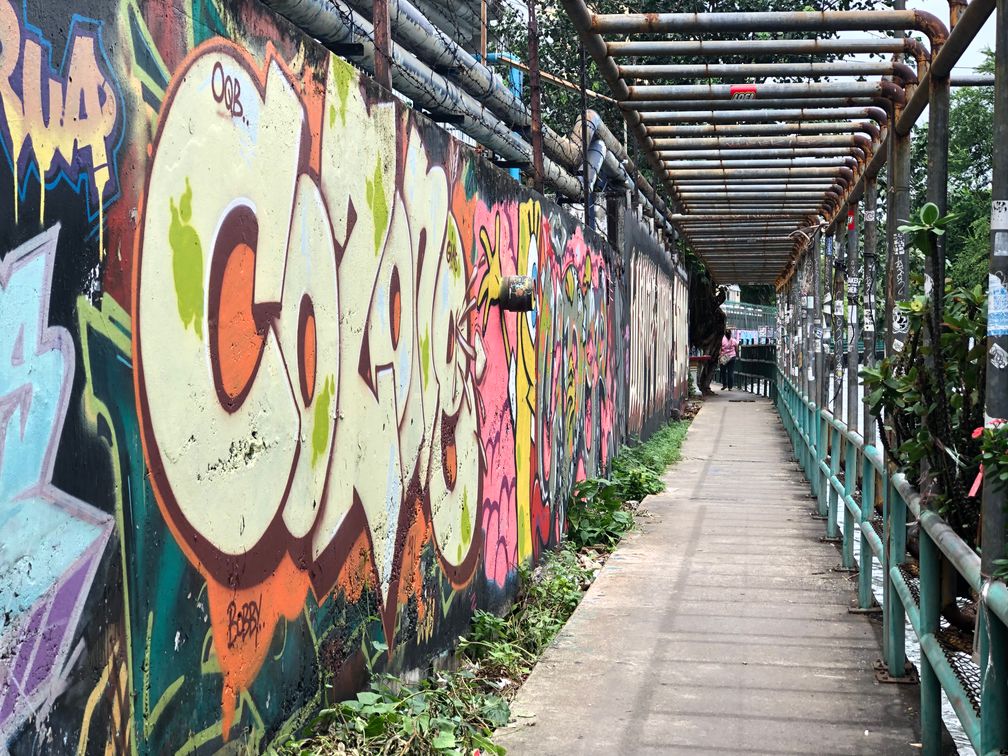 Most notable about this ride are the helmeted deckhands hanging off the side of the boats, jumping ashore to fasten the boats momentarily, just long enough for passengers to jump in and out of the rows of wooden seats.  Just as quickly, they will untie and the boat will set back down along the canal, while they climb their way around the outside of the boat keeping watch. 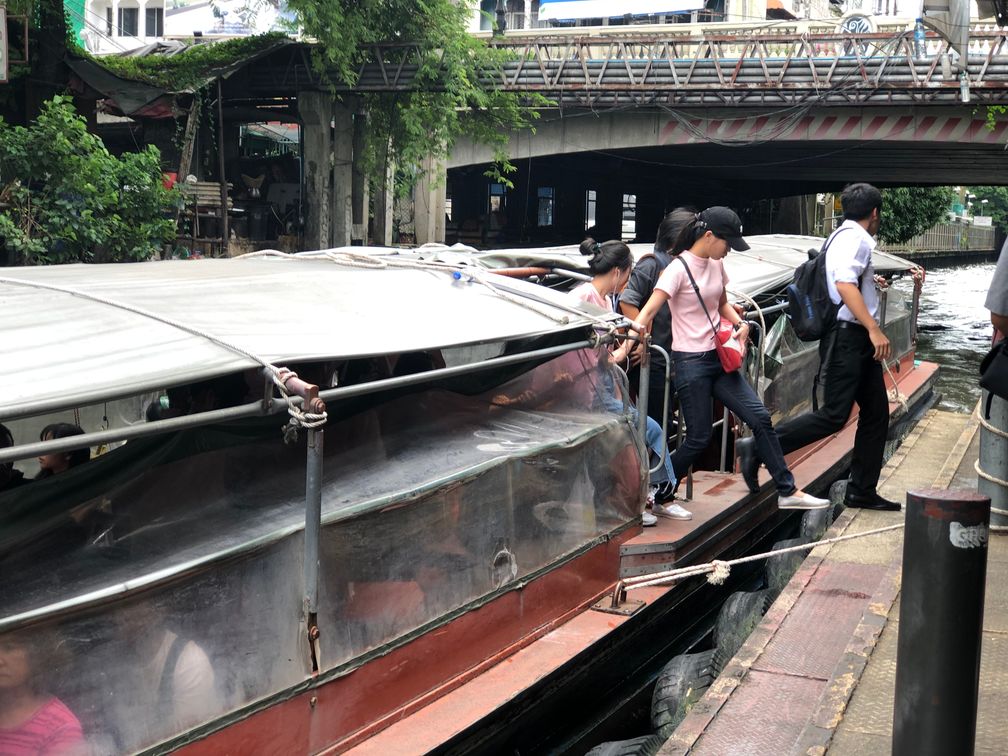 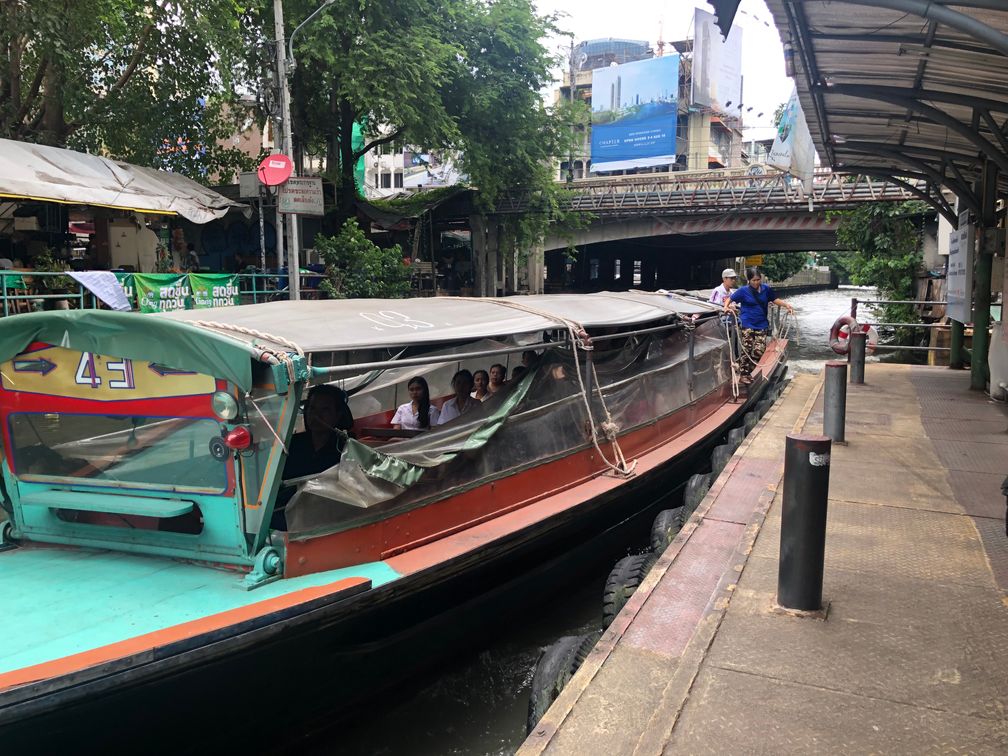 Another great perk are the concrete walkways along the sides of the canal.  Access to homes for some, these paths are cool, breezy spots to walk the back waterways and see some great wall art in the process.  Every once in a while you might even happen upon a cool cafe or local shop!