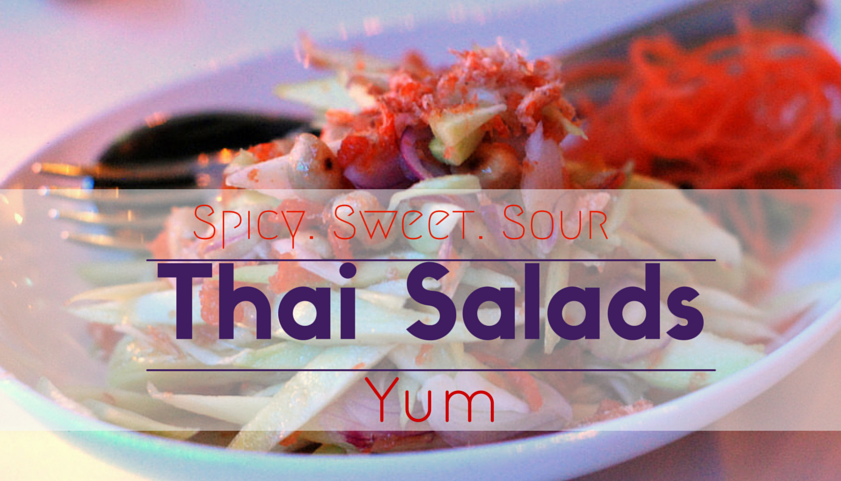 Thai salads are most commonly know as ‘yum’. Yum, meaning “mix,” is a hearty dish consisting mostly of meat, fish, or seafood together with many other typically Thai ingredients which may include peanuts, fruit, and herbs. It’s tossed just before serving often with chili fish sauce, sliced fresh shallots or onions, fresh or dried … 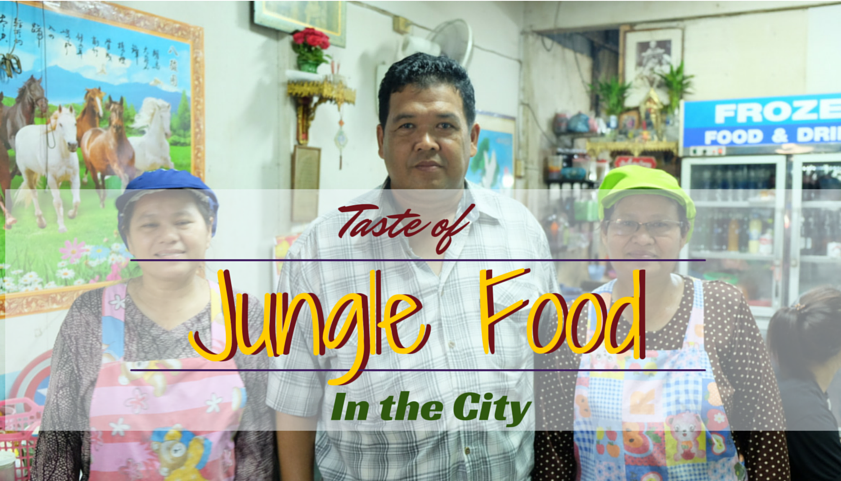 Taste of Jungle Food in the city

A favourite hidden gem on our tours is a restaurant is run by Khun Somyot and his family from Song Peenong district, Suphanburi (one of the provinces in Thailand which is very famous for “jungle food”). A former Police Sargeant, when Khun Somyot moved to Bangkok 20 years ago and started this restaurant, the name “Song Peenong … 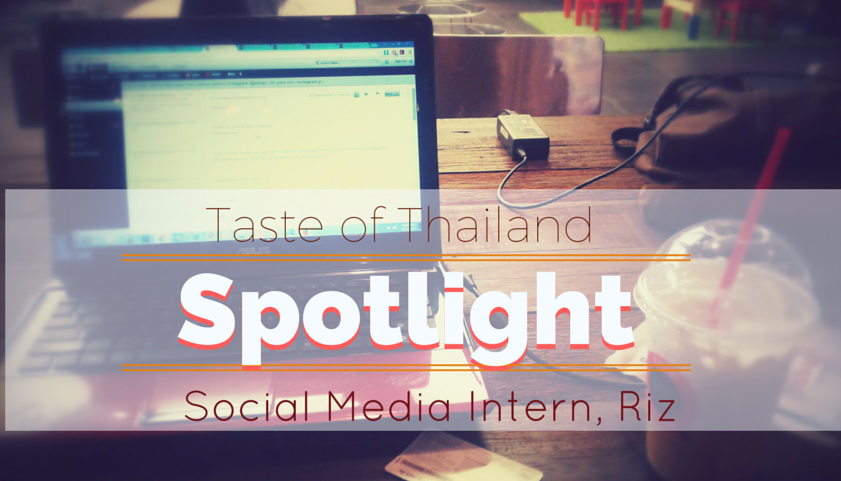 It was the sunny month of June 2015 while I was having my summer break when I came looking for an internship opportunity in Thailand. Locals say that Thailand has only three seasons- hot, hotter and hottest! It’s true because Thailand is hot year-round but extremely hot from April onwards and during June, the weather gets hot … 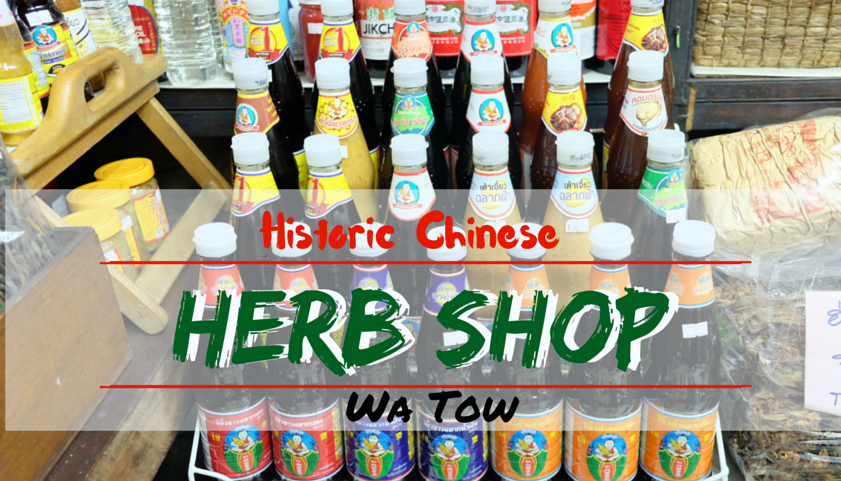 This store, visited by Taste of Thailand Food Tours on our Village of Love Tour, has a very long history dating back to World War II. The store is run by Mr. Prawit, the grandson of the original founder. Before the war started, Mr. Prawit’s grandfather was a carpenter, then he had an idea … 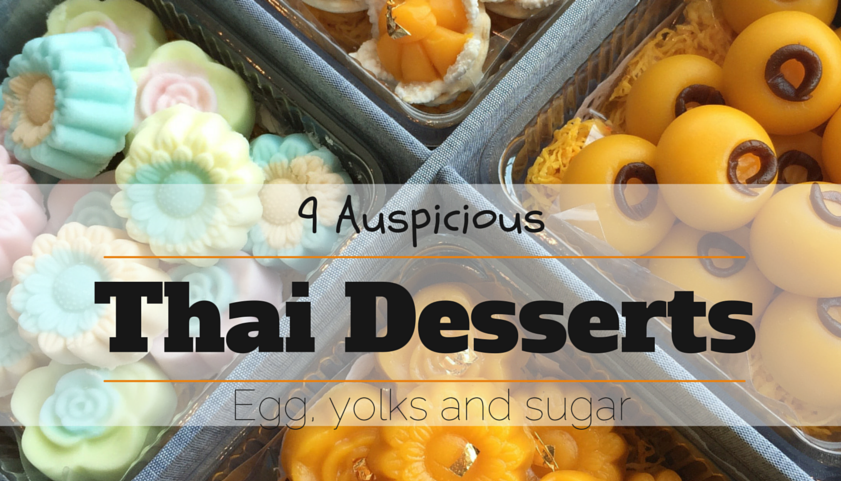 There are many amazing desserts in Thailand, but today we are highlighting nine special sweets used for traditional ceremonies such as weddings or housewarmings, because of their good meaning.  They are intended as a blessing for the one who receives them. Many of the desserts use egg yolks and sugar, originally brought to Thailand in … 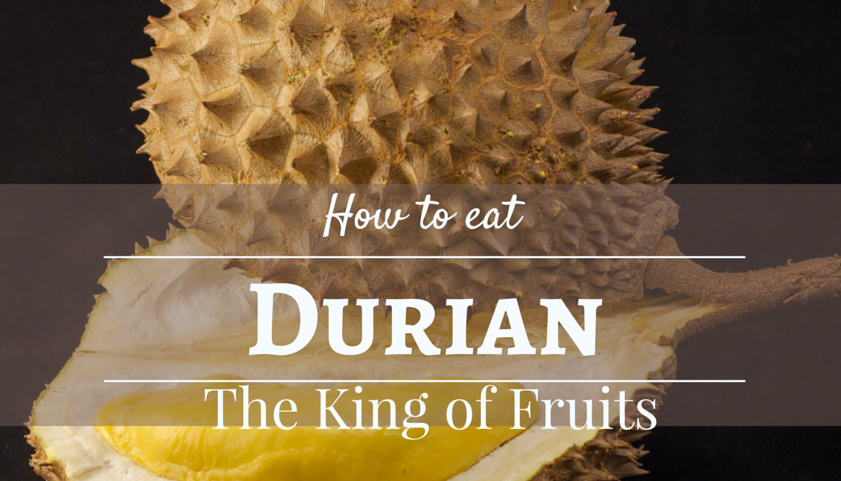 How to eat Durian

Durian has always had a bad rap. It has a very strong odor and formidable thorn-covered husk. It is not quite welcoming to those who have never tried it before. This king of fruits should not be feared, however! Those who love it, really love it, so why not give it a try? Check out … 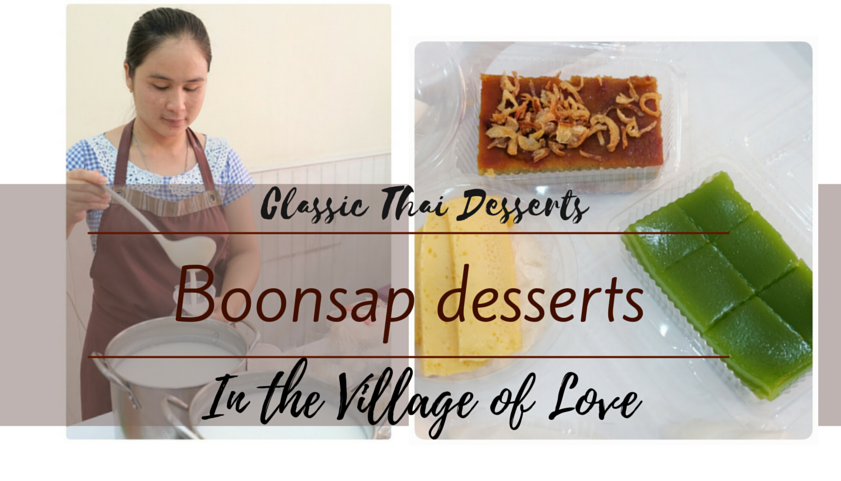 Boonsap Desserts: Classic Thai Desserts in The Village of Love

While our tours focus on delicious Thai food, it’s the stories behind the food and the people who make it, that really bring our tours to life!  We’ve decided to share some of those stories and personalities with you through our blog, starting with a real gem:  Boonsap Desserts. On our latest jaunt through the … 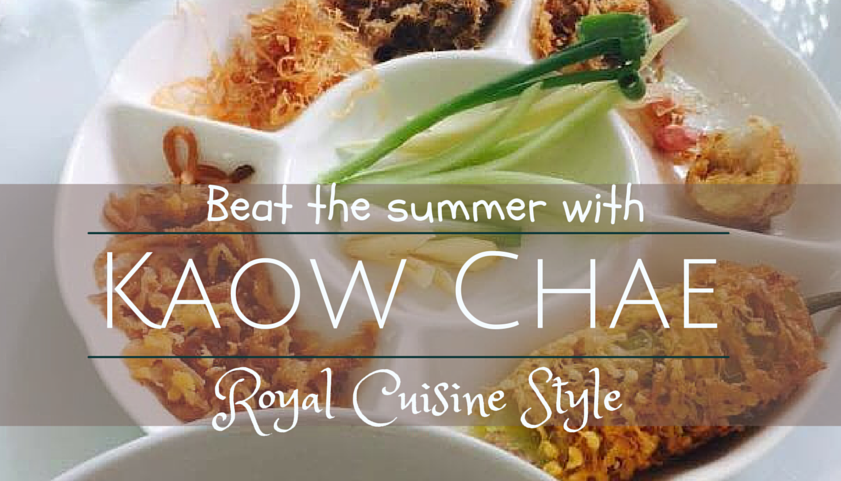 A few weeks ago, we mentioned Kaow Chae, in our post about regional Thai foods. Being that it is truly the hot season now, this is a “must try” dish when visiting Thailand in summer, especially around Songkran time!   Originating from the Mon people, this dish, considered Royal Cuisine, is traditionally found in abundance … 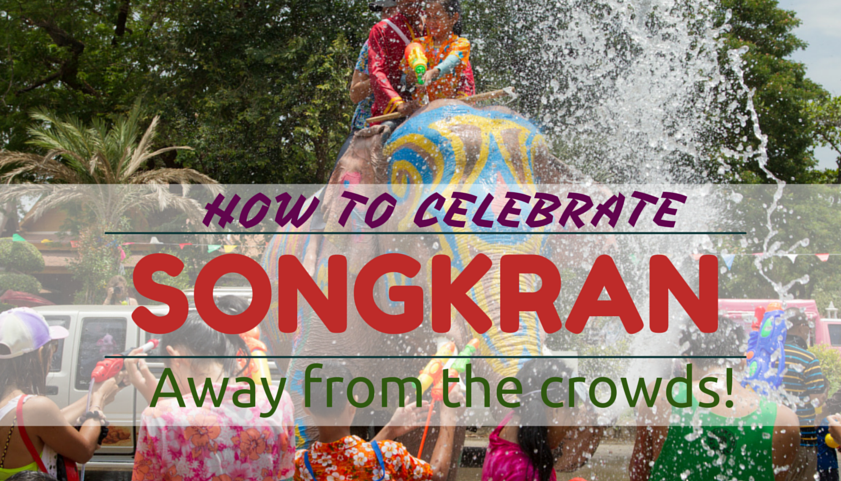 The Songkran Festival is the celebration of the Thai New Year in mid-April (13-15), the hottest month of the year here in Thailand. Having fun (Sanook) is a part of Thai culture and during Songkran, Thai people enjoy themselves and play friendly water fights as part of Songkran’s ‘fun’ activities. But this is not all, … 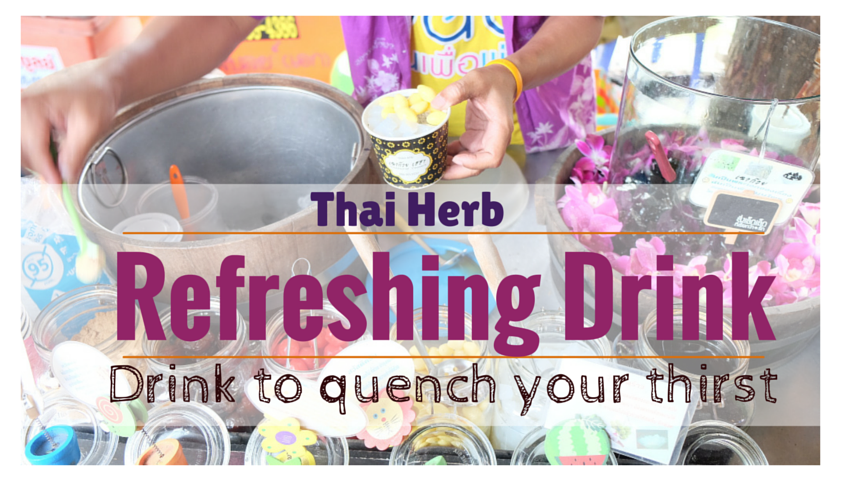 Thailand is very hot country, as you know. We have only hot and very hot seasons. We are coming upon the month that is typically the hottest month of the year in Thailand, April. So, how do we stay cool here? Besides the usual staying in the shade, fanning ourselves and eating ice cream, refreshing … 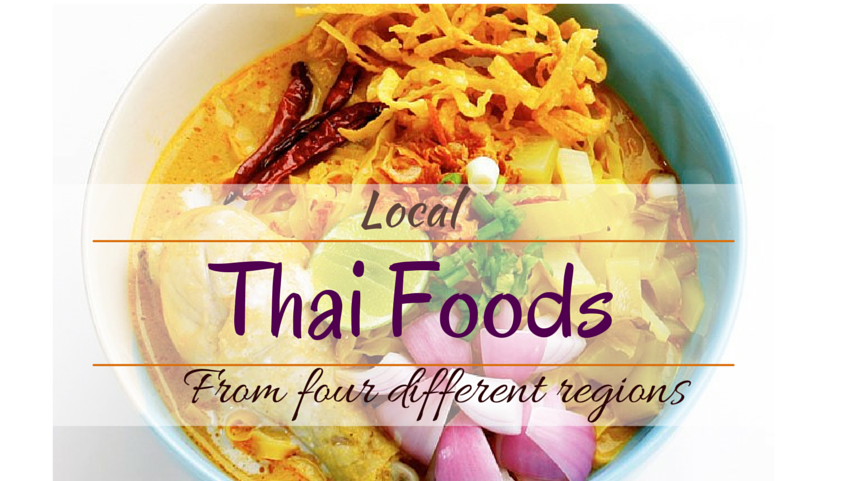 There are so many very famous Thai foods such as Tom Yum Kung, Phad Thai, and Papaya salad (Som Tum). However, those well-known foods are not all we have in Thailand! I would love to tell you more about different kinds of food from other regions and provinces in Thailand. Let’s start from the North … 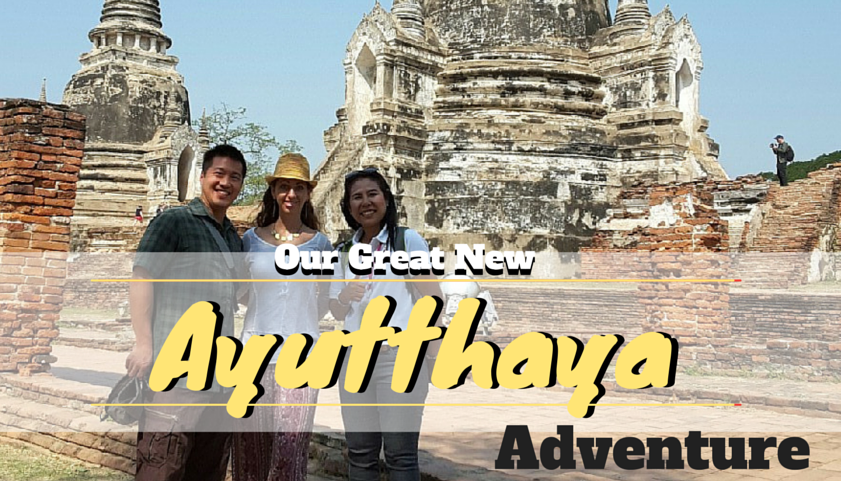 W e are excited to announce that Taste of Thailand Food Tours has finally launched “The Great Ayutthaya Adventure”, our full-day food and cultural tour to Ayutthaya! Ayutthaya is the ancient capital and modern city in the Central Plains of Thailand, 85 km north of Bangkok. It is the Capital City of the Province of the same … 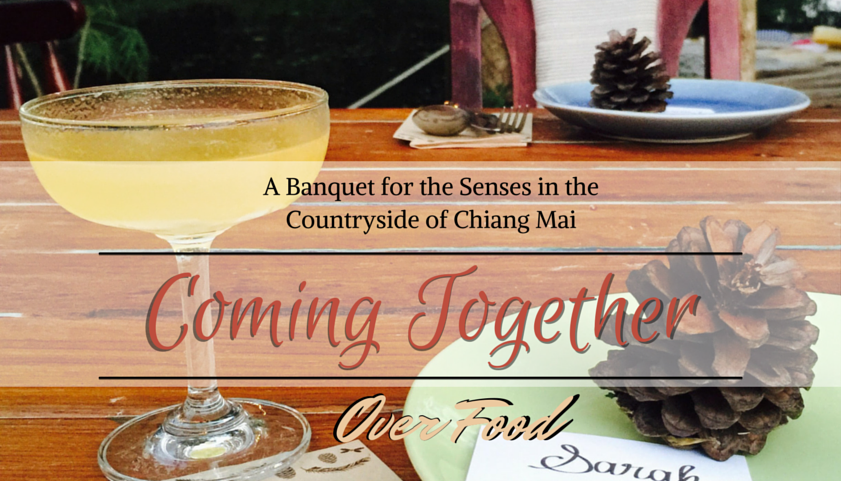 Coming Together Over Food: A Banquet for the Senses in the Countryside of Chiang Mai

Living in the city, It’s rare that you get a chance to experience the quiet of the country, an uninterrupted view of the sky and the sounds of nature.  In an effort to get outside of our regular life, we ventured out into the countryside of Chiang Mai, driven in the back of a … 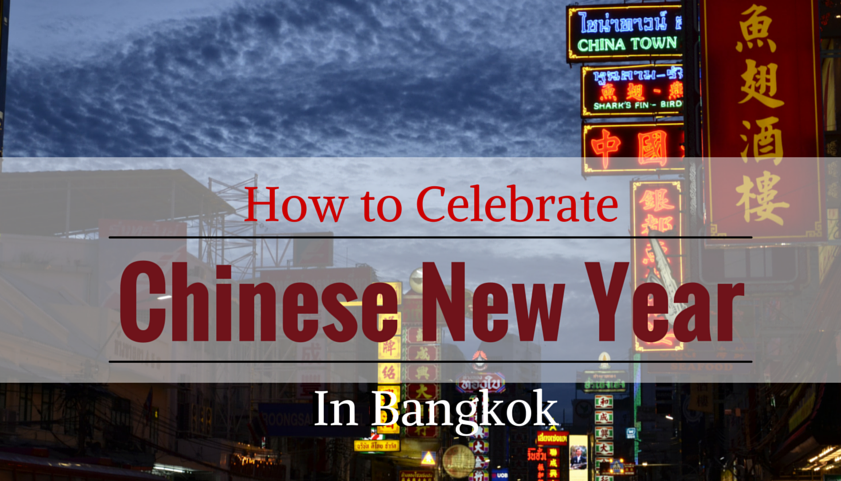 It’s Chinese New Year – what a great time to enjoy the tastes of sites of Bangkok’s Chinatown! Located in the Yaowaraj district of Bangkok, Chinatown is full of Chinese traditional shops, foods, and flavor. Chinese New Year is one of the most vibrant events in Thailand. It’s widely celebrated all over the country.  The … 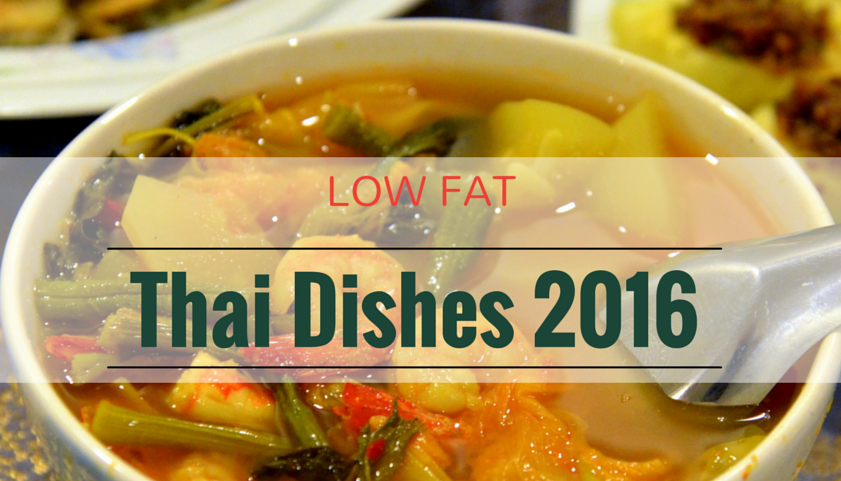 Are you a health conscious foodie? Do you love to eat Thai food? Do you want to begin your food journey with “Low Fat” Thai Foods for this year?Then we have written this blog article  for you! Thai foods are a great choice for the diet-conscious and those who love to keep fit. Personally, I … 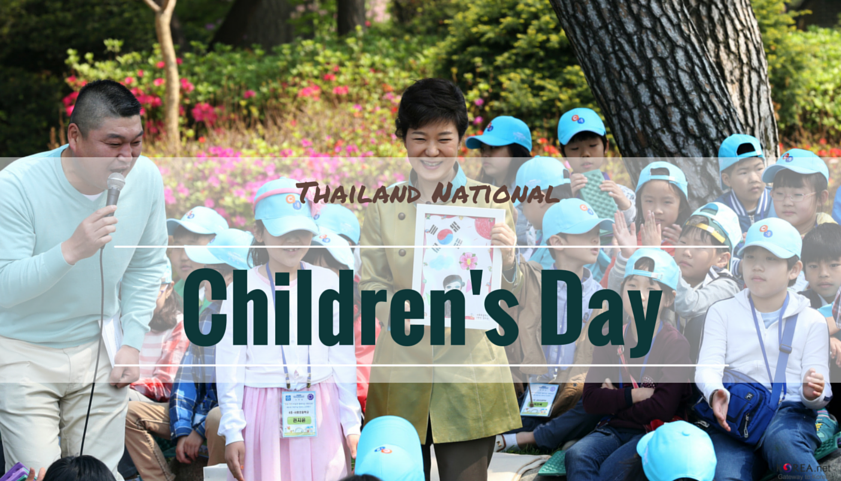 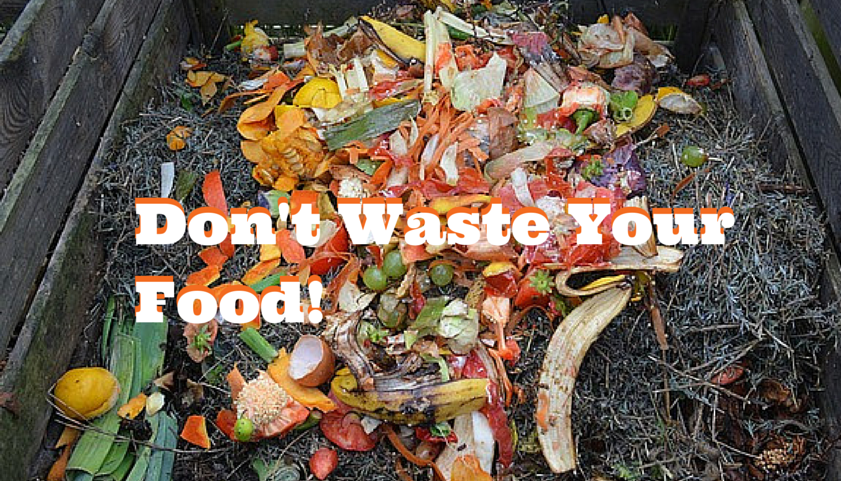 Can we imagine how many foods are being wasted every year throughout the world? According to a recent report by UNEP and the World Resources Institute (WRI), about one-third of all food produced worldwide, worth around US$1 trillion, gets lost or wasted in food production and consumption systems. The amount of food lost or wasted … 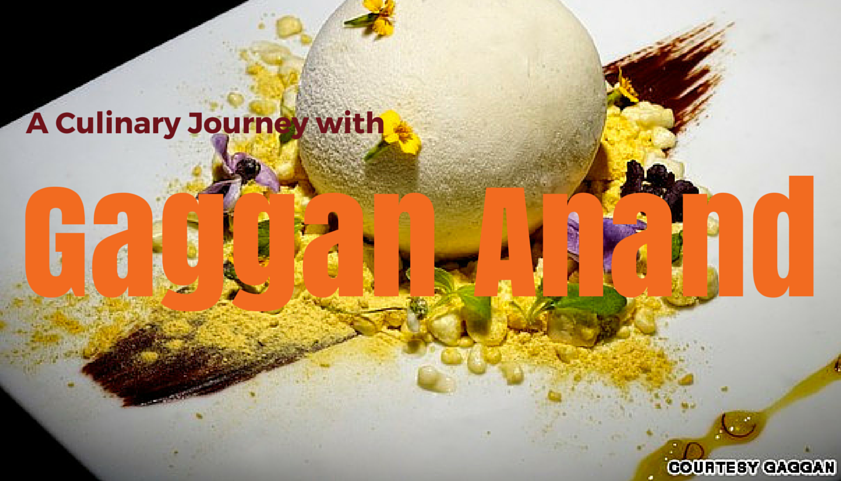 A Culinary Journey with Gaggan Anand

In June, CNN’s ‘Culinary Journeys’ follows Chef Gaggan Anand of Bangkok’s Gaggan, as he takes us on a Culinary Journey to his home town, Kolkata in India. Anand has seasoned his reputation in Bangkok, one of the world’s culinary capitals. His eponymous restaurant in the Thai capital reinvigorates Indian cuisine by incorporating modernist cooking techniques. … 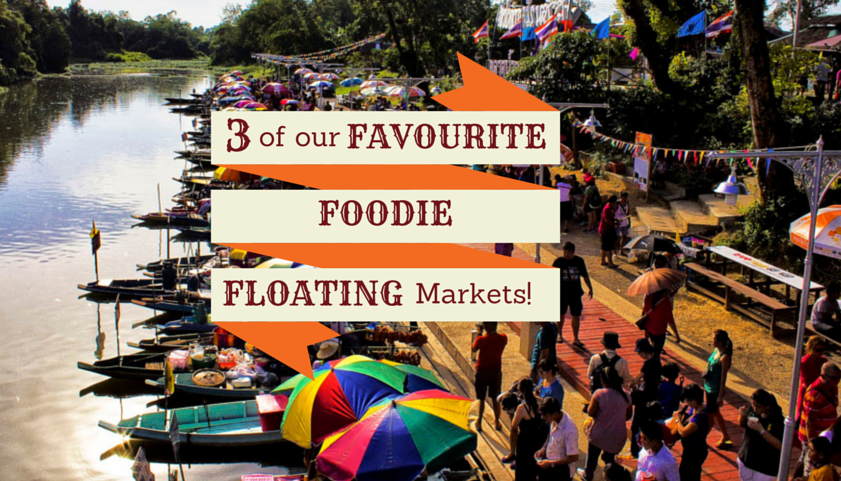 3 of our Favourite Foodie Floating Markets

Travellers dreaming of Bangkok often have a visit to one of the city’s many floating markets high on their list of must-dos. Yet floating markets in and around the Thai capital offer more than the obvious photo opportunity of the canal-based traffic jams of Thailand’s past. Many are also prime eating territory, serving up the … 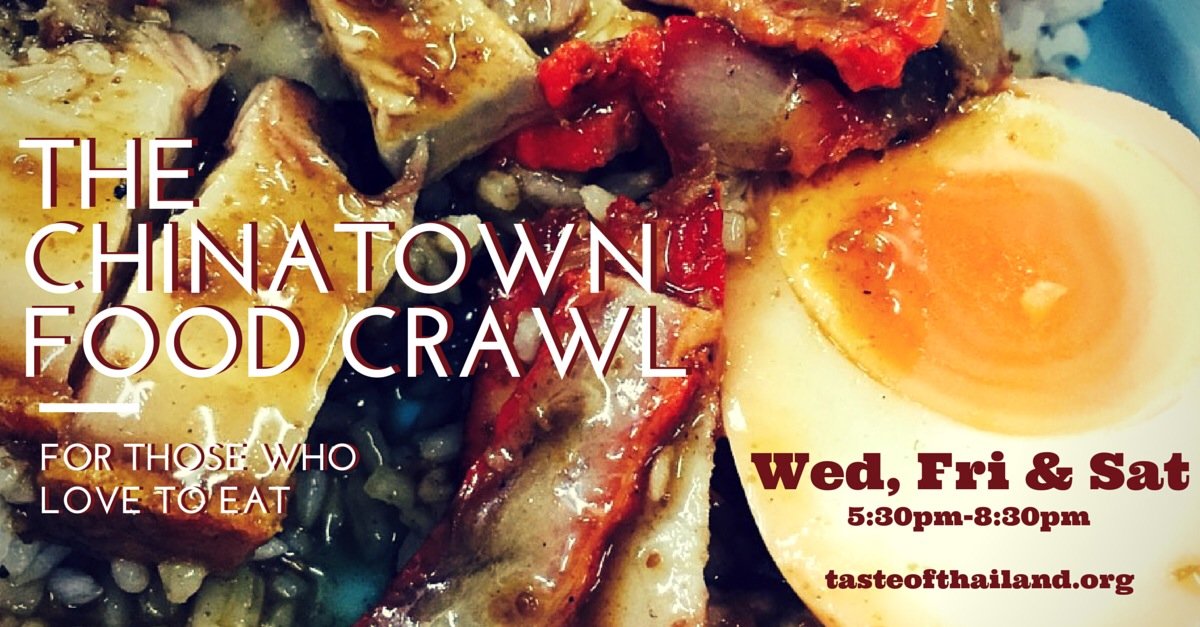 You might have already seen our exciting announcement via Facebook, Instagram or Twitter, but if you missed it… we have launched our latest walking food tour in Bangkok’s Chinatown! The Chinatown Food Crawl initially runs on Wednesdays, Fridays and Saturdays as the sun sets and the streets come to life! This vibrant area is touted …