Thailand is a hot country and roadside drink stalls are very common here. Before we talked about Beat the Summer heat with roadside ice-creams and its varieties. But in this blog post we will know about colorful Thai sodas which are widely available through the streets. 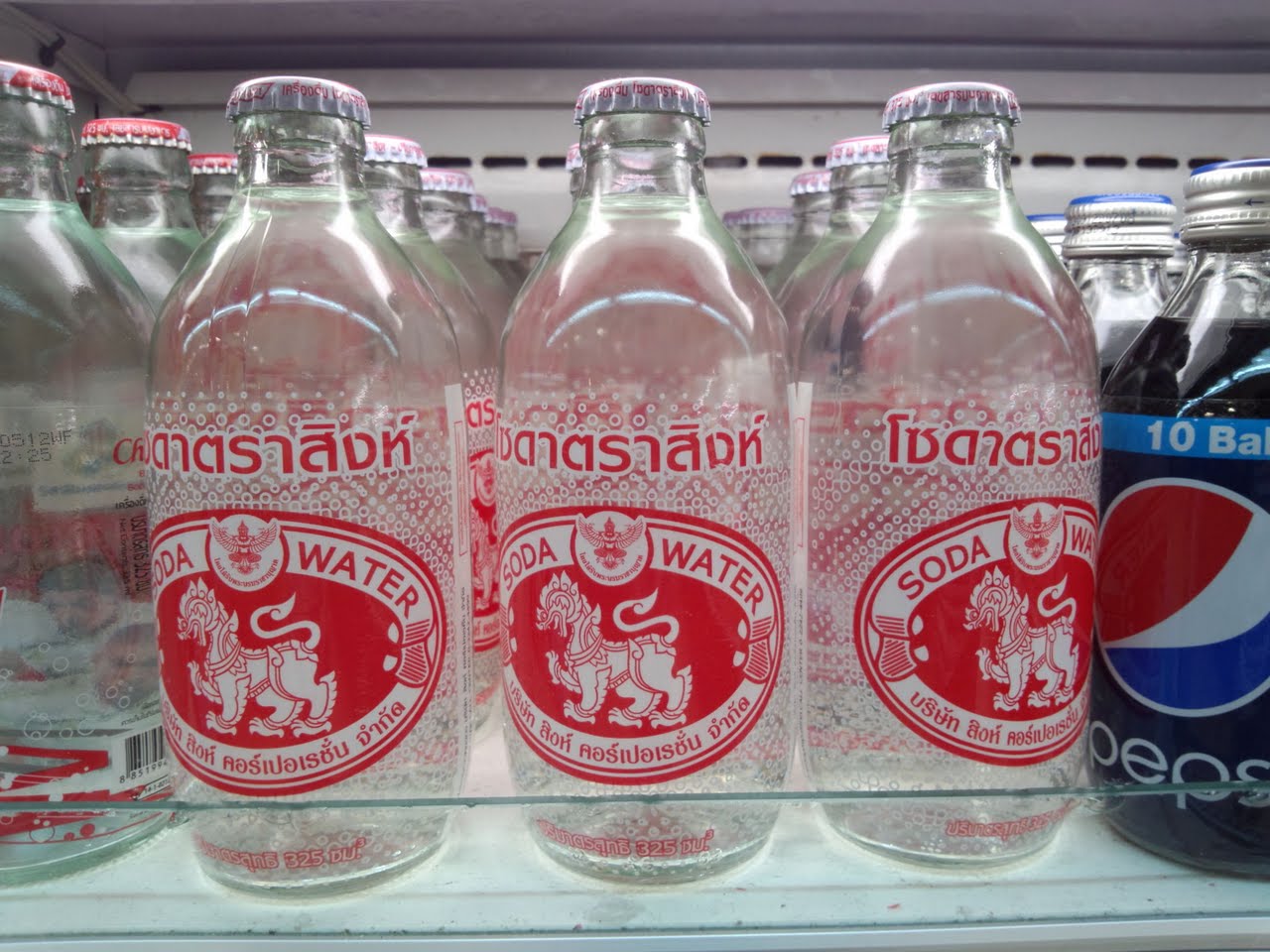 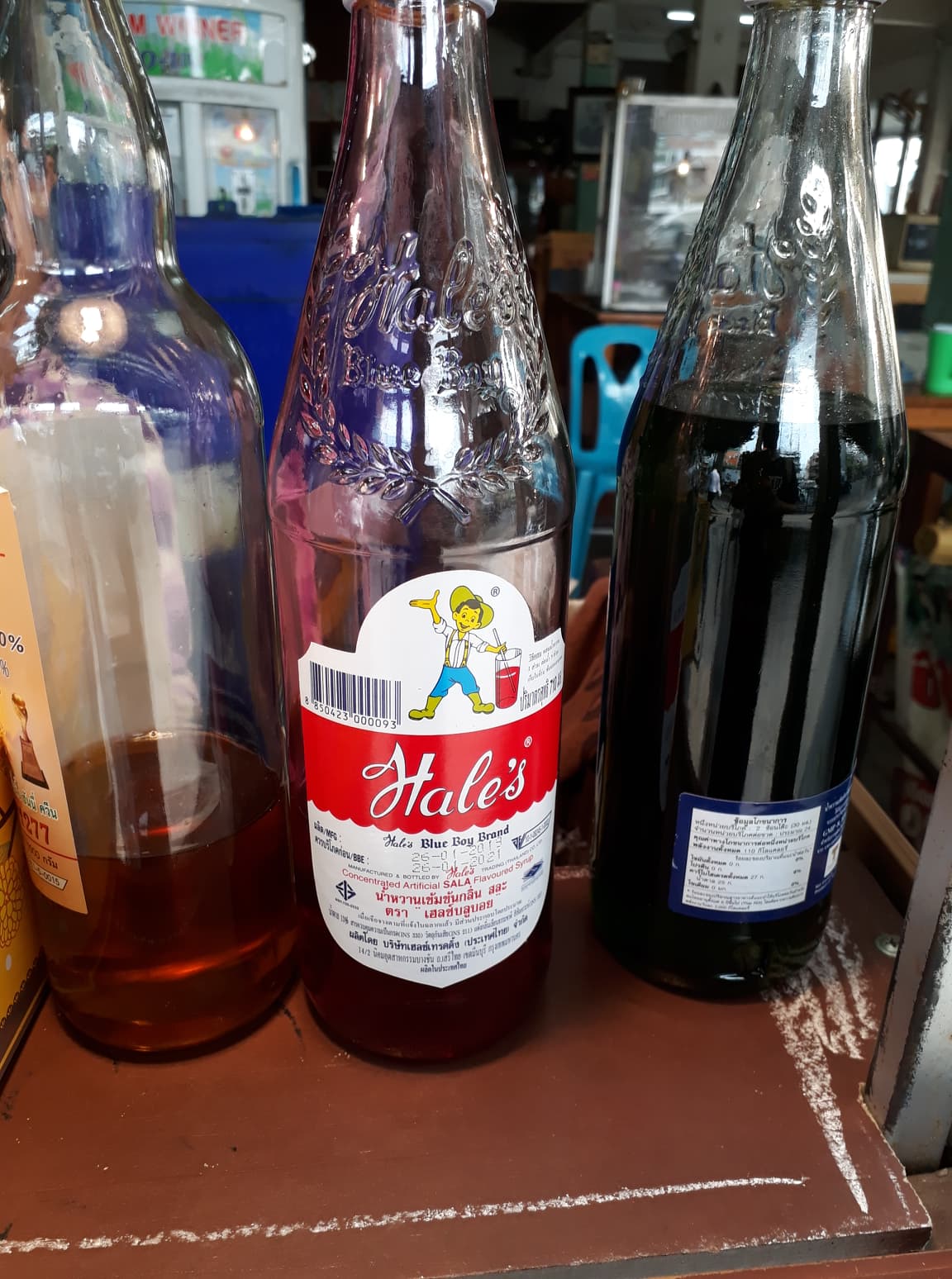 These are usually ordered by indicating the color of the flavor you want mixed with your soda water, so, for example, if you want a lime-flavored soda you’d order a green soda. Same goes for lime (green), hawai (blue) and orange (orange). The red one is  made by mixing a colored, flavored syrup into ice and soda water and it’s very popular, even among adults. Milk can be mixed into the colorful soda to make it more like a milkshake type. 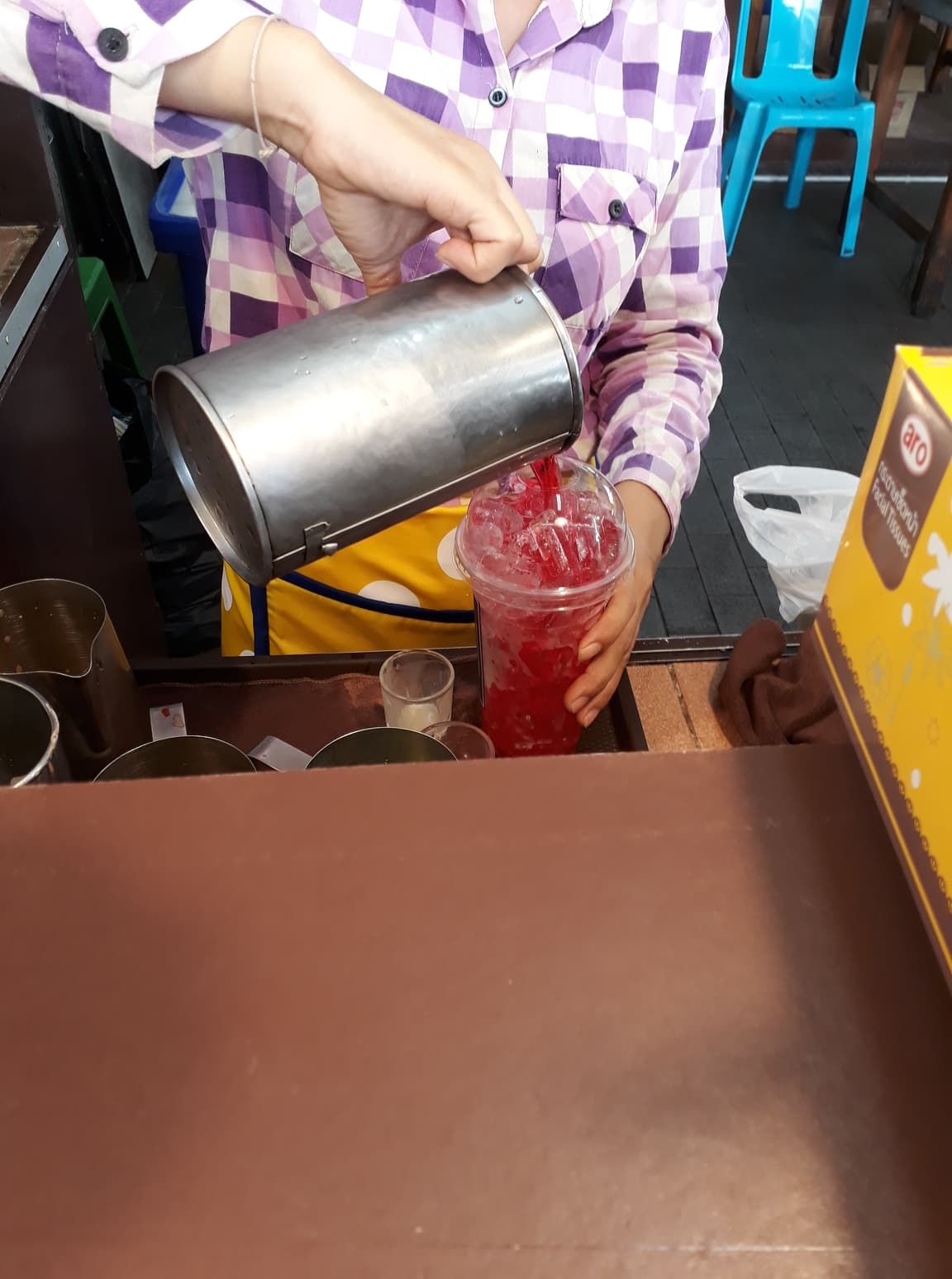 Cha Manao (Thai lemon tea) is another popular beat the heat drink. It’s brewed just the same as cha yen but instead of being served with condensed milk, is served with freshly squeezed lime juice.

All these soda drinks contain high amount of sugar. If you prefer your soda drink without extra sugar, you can ask for it mai waan, which means “not sweet.” But you’ll still get a little sweetness from the condensed milk. And do not get surprised if you see any Thais/Foreigners drinking these sodas in a plastic bag, it’s just so common here!